Haydock Park is one of the finest racecourses in the country and the premier year-round track in the North. On the Flat, the highlight is the Group 1 Haydock Sprint Cup in early September whereas the National Hunt season features the valuable Grand National Trial, formerly the 'Red Square Vodka' Gold Cup in February and a host of other top-class three mile chases. Both courses suit the long-striding, galloping individuals, particularly when the ground rides on the soft side, which is often the case. 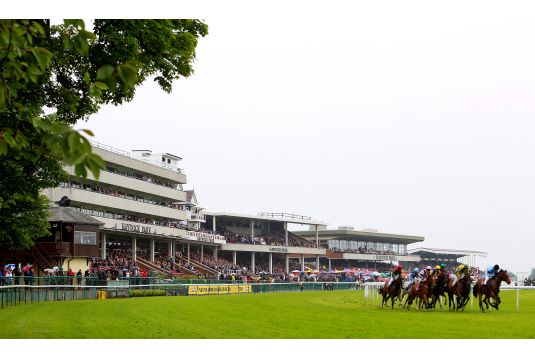 The 2021 Fixture List has now been published in part, with the months from January to April confirmed and the majority of the fixtures through the remainder of the year scheduled, but subject to change.

ADVERTISE YOUR BUSINESS ON THE HAYDOCK PARK PAGE HERE

• O’Brien has Aintree in mind for Silver Hallmark.

• Skelton not keen on the Betfair Hurdle for Faivoir.

Nicky Henderson is adamant that Buveur D’Air remains on course for a bid to reclaim his Unibet Champion Hurdle crown at the Cheltenham Festival in March, despite suffering a surprise defeat to Navajo Pass in The New One Unibet Hurdle.

Tom Scudamore described riding Royale Pagaille as “a hell of a thrill” after the second season novice won the Peter Marsh Handicap Chase to complete a hat-trick of wins for the season and move a step closer to an outing at the Cheltenham Festival.

Silver Hallmark opened his account over fences at the second time of asking with a front running success in the Read Nicky Henderson’s Unibet Blog Novices’ Chase at Haydock Park.

JOCKEY CLUB NEWS: Round-up of the day's action at Wincanton

WINCANTON ROUND-UP: COLEMAN AND MURPHY AT THE DOUBLE, HOULIHAN REDUCES CLAIM AND BRINKLEY BOUNCES BACK

Dawson City demonstrated he remains a force to be reckoned with even at the grand old age of 12 after winning the Somerset National Handicap Chase in tenacious fashion.