Principally known as an All-Weather track, Southwell also boasts a handful of turf fixtures under both codes. Laid with fibresand which rides deep, stamina-laden performers hold an advantage over their rivals and quite often American bred horses do well here. Although there is no jumping on the sand, the turf course attracts runners from many of the top yards. The hurdles used are temporary, removable units which provide a fair jumping test for novices and pros alike. Southwell Racecourse, Station Rd, Rolleston, Nottinghamshire NG25 0TS. 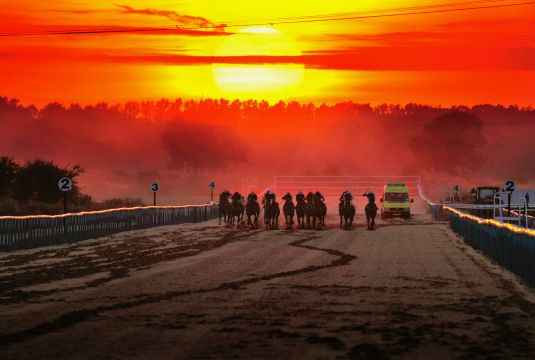 Racing industry leaders from the BHA, horsemen and racecourses have agreed on the next phase of the response to the COVID crisis. A wide range of work has been continuing since racing was the first major sport to resume on 1st June. But the plan published today puts an added focus on retaining owners and key investors and attracting customers when the public starts to return to racecourses.

Upcoming packages to look forward to in 2021

With what is proving to be quite a testing and tricky time for us all, we want to shake away the doom and gloom with some exciting racing trips and packages to look forward to come 2021 when things return back to normal…

Let’s start from the beginning

ADVERTISE YOUR BUSINESS ON THE SOUTHWELL FIXTURES HERE

Following the latest Government updates, ARC can confirm that the NHS Track and Trace system will be in place at our venues in England from Thursday 24 September.

The British Horseracing Authority (BHA) has today announced that Southwell's next three Jump fixtures have been transferred as follows:

The British Horseracing Authority (BHA) and Arena Racing Company (ARC) have jointly made the decision to suspend Jump racing at Southwell until further notice.