One of the principal dual-purpose tracks in Britain, virtually all of Sandown's twenty-six meetings feature top-class racing. On the Flat, there are a number of pattern races highlighted by the Group 1 Coral-Eclipse in July. The three evening meetings are also not to be missed. Over fences, the steeplechase course offers one of the most exciting spectacles in racing, particularly the Railway Fences, three obstacles taken in quick succession down the back straight. The Whitbread Gold Cup brings the National Hunt season to an official close on a day that also features pattern races on the Flat. Sandown Park Racecourse Portsmouth Rd, Esher, Surrey KT10 9AJ. Official Website: http://www.sandown.co.uk/ 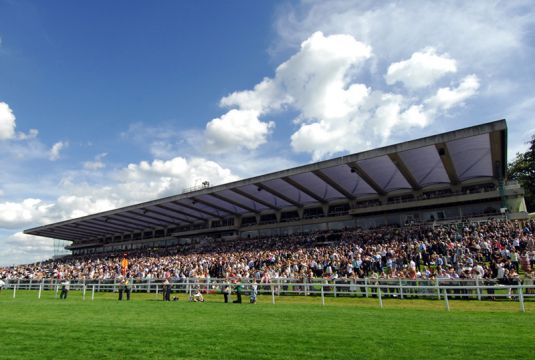 One of the biggest horse racing events on the British calendar for December is set as the Betfair Tingle Creek Christmas Festival will take place on 6 December and 7 December. The event will be headlined by the Tingle Creek Chase, which was first run in 1979, with a £150,000 prize purse up for grabs. The winner of the chase will receive £84,000 of the prize purse. The Tingle Creek Chase is one of the major races to end the horse racing year. Fans are gearing up for the yearly event and horse racing betting allows punters to get closer to the action at Sandown Park.

The 2018 winner of the Tingle Creek Chase was Altior, who capped off a tremendous year. Altior’s win in 2018 was his 15th in 15 Jumps races. With the 2019 edition of the race fast approaching, which horse will make their mark at Sandown Park?

What is the Tingle Creek Chase?

The Tingle Creek Chase is one of the premier events on the Jumps circuit. It is a Grade One race that culls together the top two-mile race horses in Britain. The race has become a stepping stone to other prestigious races in recent years. Due to its increased reputation, the Tingle Creek Chase has become a far more sought-after race for trainers and jockeys to compete in. Additionally, punters can use the event to learn about a variety of horses for future races and festivals including Cheltenham and the Queen Mother Champion Chase. The race features horses four-years old and up racing over two miles in distance. The race is a Grade One National Hunt chase with 13 fences for the horses to leap over.

Who will win the Tingle Creek Chase 2019?

Philip Hobbs’ Defi Du Seuil heads the race pack in terms of odds heading into Sandown Park. Defi Du Seuil last ran at Sandown Park in February of this year claiming a win in a two-mile, four-furlong race. Hobbs’ charge has won four of seven races in 2019 and goes into the fixture having last won at Cheltenham in November.

Trainer Will Mullins has run Un De Sceaux just twice this year with varying results. Un De Sceaux came fifth in March at Cheltenham and followed it up with a win at Punchestown in April over two miles. The distance in the Tingle Creek Chase could play to Un De Sceaux’s advantage when the race is run. Un De Sceaux won the chase in 2016

ADVERTISE YOUR BUSINESS HERE ON THE SANDOWN PARK PAGE We have updated the Racing Fixtures web site to include the meeting dates for the whole of 2022.

This update allows visitors to this web site https://www.racingfixtures.co.uk to view the race fixture dates for 2022 at each of the 59 UK Racecourses.

Who is looking forward to a day out?

We sure are and we’re thrilled to announce that limited tickets for racedays between May 17th and June 20th will go on sale Monday 8 March!

Remaining fixtures will go on sale in the coming weeks.