Promoted as London's premier racecourse, a multi-million pound redevelopment programme was completed in 2006. Best known for its National Hunt fixtures, most notably the King George VI Chase run on Boxing Day, Kempton also stages many flat all-weather meetings throughout the year and is certainly one of the more diverse and busy tracks in the world. Kempton Park Racecourse, Staines Rd E, Sunbury, Middlesex TW16 5AQ 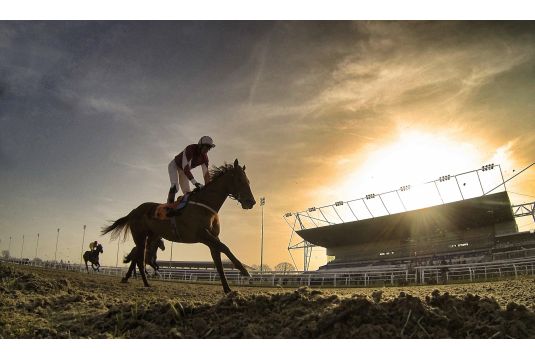 The King George VI Chase will cap off a tremendous year in horse racing when it takes place on Boxing Day at Kempton. The race headlines the 32Red Christmas Festival and will bring the 2019 season to a close. The King George VI Chase is one of Britain’s most famous horse racing events along with Cheltenham, the Grand National, and Royal Ascot. Horse race punters can bet on all of the top races in Britain using the latest Royal Ascot sign up offer and wager on the horses will win.

Thirty-four horses are currently listed as entrants with some of the biggest names in Jumps racing set to participate. Former winners Thistlecrack, Mite Bite, and Clas des Obeaux could all add to their win totals at Kempton at the King George VI Chase. Other notable names competing in the event including Native River, Monalee, and Altior. With so many major names competing for silverware and the £142,000 winner’s prize, there is bound to be a big finish on raceday.

Lostintranslation heads into Kempton as the sportsbooks’ favourite at odds of 5/2. The horse has been praised for his stamina and talent and is more than capable of coming away from the three-mile race as the winner on Boxing Day. Recent successes have not only made Lostintranslation a favourite to win the King George VI Chase, but the Cheltenham Gold Cup as well. The Colin Tizzard trained horse has won three straight races with his most recent coming at Haydock in late November.

Cyrname is level at odds of 5/2 along with Lostintranslation. Paul Nicholls’ horse could bring the elite trainer an 11th win at the King George VI Chase. Nicholls already holds the record in wins and one more would break his own feat.

Cyrname is in fine form heading to Kempton. In November, Cyrname defeated Altior to win the Christy 1965 Chase at Ascot. The showdown was much anticipated by racing fans and the King George VI Chase will see the two horses battle in a rematch

Can Altior avenge his loss to Cyrname?

Altior goes into the Boxing Day event at 6/1 odds, which are the fourth best to win the King George VI Chase, according to leading sportsbooks. Trainer Nicky Henderson and jockey Nico de Boinville will aim to get Altior back on track after his 14-race win streak was snapped by Cyrname. Altior’s loss in November was the first since April 2015.

Although some will create the narrative that the race is between Cyrname and Altior, there are some former winners of the King George VI Chase that will be competing and eager to return to the winner’s circle.

With so many major names in horse racing battling it out at Kempton, horse racing fans are in for a real post-Christmas treat.

ADVERTISE YOUR BUSINESS HERE ON THE KEMPTON PARK PAGE THE JOCKEY CLUB - The best of the Jumps season

The best of the Jumps season

WELCOME TO THE FESTIVALS NEWS PAGE

WELCOME TO THE FESTIVALS NEWS PAGE

From being part of the famous Cheltenham roar at The Cheltenham Festival, held in March each year, to the home of the Greatest Flat Race in the World, The Cazoo Derby held in June each year, Glorious Goodwood, and on to the Ebor at York in August. It’s your chance to be part of history and witness the extraordinary. From live music, shopping and Grade One racing... a day at a Festival is not to be missed.

We have updated the Racing Fixtures web site to include the meeting dates for the whole of 2022.

This update allows visitors to this web site https://www.racingfixtures.co.uk to view the race fixture dates for 2022 at each of the 59 UK Racecourses.

Who is looking forward to a day out?

We sure are and we’re thrilled to announce that limited tickets for racedays between May 17th and June 20th will go on sale Monday 8 March!

Remaining fixtures will go on sale in the coming weeks.