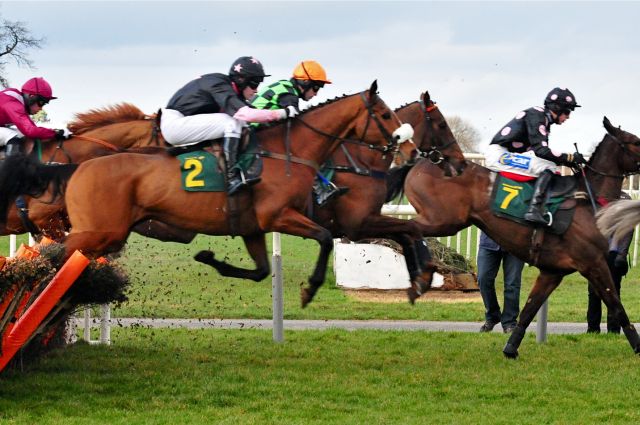 The 2020 Grand National Festival at Aintree is less than one calendar month away, and preparations are really beginning to shape up for the elite runners and riders who are hoping to compete in that iconic and prestigious steeplechase.

It’s also been quite an eventful couple of months, with races at Warwick and Navan unveiling some surprise placements, as well as shock last minute withdrawals. In February, the full long list of Grand National entrants was released and it seemed like Irish trainer Gordon Elliott was putting forward an entire stable’s worth of horses, reigning and dual champion Tiger Roll being the stand out among them.

You can find the full Grand National 2020 longlist at the end of this article, but in the meantime here’s a recap of some of the most newsworthy National-related events to have happened over the past few weeks.

2018 Cheltenham Gold Cup winner Native River has unfortunately been withdrawn from both the National and the Cheltenham Gold Cup this year. Colin Tizzard’s capable veteran picked up a tendon injury during mid-February, and he decided to cut Native’s 2020 season short after several consultations with equine specialists.

The news was greeted by a number of unhappy punters tearing up their betting slips; According to betting odds specialists Oddschecker, the withdrawal of Native River has meant that total ante-post bets for the National are down by 7%.

On a slightly happier note, Tizzard and the team are optimistic for the ten year old’s future, even declaring that they’ll be aiming to take another shot at the National in 2021 when Native River is back to full health.

Following a health scare at the Grand National Trial at Haydock, 2017 National champ One For Arthur has been declared fit and healthy and is back on track to bid for a second win. After running an “uncharacteristically lifeless race” at Haydock, One For Arthur was suffering with arrhythmia and atrial fibrillation. However, according to Lucinda Russell, the former winner’s trainer, by the next morning things were pretty much back to normal.

After a succession of tests he was found to be in good health - “everything is absolutely perfect with his heart...everything is great!” - and was cleared to commence Aintree preparations.

Another National veteran, Definitly Red had a fantastic time at Kelso - winning by a wide margin - and has since crept up to become one of the favourites for the main event on April 4th.

Brain Ellison’s game 11 year old was memorably knocked out of the race in 2017 after a collision at Beecher’s Brook unseated jockey Danny Cook. Returning this year, there’s clearly some unfinished business, and Ellison has total faith in his “proper stayer”, confirming that he has indeed “backed him for the National”, and that he’s in with a massive chance of being able to “spoil the Tiger Roll party”.

And speaking of Gordon Elliott’s remarkable little horse, things were a bit hit and miss back there in February for the two-time National champion. After the reigning champ was handed top weight by the BHA handicapper - a total of 11 stone 10 pounds - Tiger Roll’s owners told the Racing Post that it was 50-50 whether he’d actually be running on April 4th, or if the Betway Bowl would be a better choice.

After a comfortable run in the Boyne Hurdle at Navan, where the sparky 10 year old finished in fifth place, Elliott confirmed that his star would indeed be running and he was “thrilled” with his progress so far.

Of course, this year Tiger Roll is attempting to go for the hat trick - three Grand National wins in three successive years. No horse in the history of the festival has ever pulled off a triple consecutive win, the closest being the mighty Red Rum, who memorably won in 1973, 74, and 77. 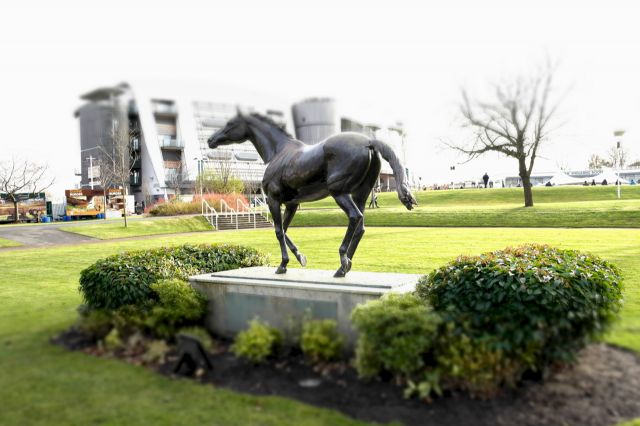 The following is the full long list of runners for the National this year. In the days before the Festival, this list will be whittled down to a total of 40 runners, so stay up to date with the latest Grand National news to ensure your picks are still in the running.