It’s not long now until the 2020 St. Leger Stakes race, which will take place on Saturday, 12th September, and which forms part of the larger, four-day St. Leger Festival. The presence of not one but two historic races (the other is the Doncaster Cup and takes place on the third day of the festival) has made St. Leger Festival one of the most important weekends in world horse racing. There have also been many famous winners of the St. Leger Stakes over the years, including Kingston Hill, Mastery, St Paddy, and Logician, last years’ winner.

The St. Leger Stakes is about more than the crowds and racing. It’s about history. This, after all, is a race that has the history of the sport running through its veins. Dating back nearly 250 years, this is a unique race. It’s not just the oldest British classic; it’s the final one of the year and the longest, and it’s also open to bolts and fillies. In fact, it's the last race of the triple crown for both sexes. The venue, Doncaster Racecourse, has even more history under its belt having played host to regular meetings since at least the 16th century.

Tickets are on sale for all days of the event, which runs from September 9 - 12. 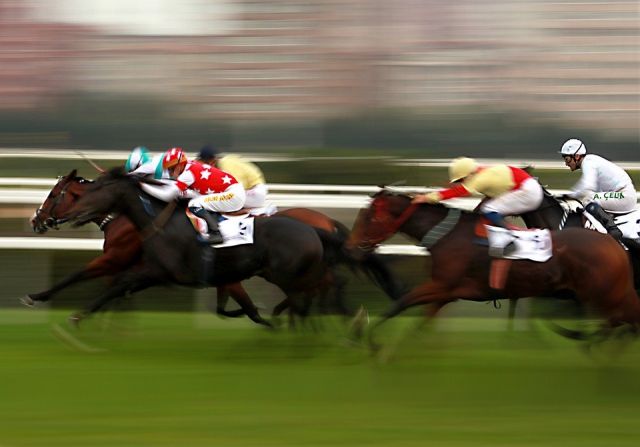 But enough of the history: let’s focus on the here and now. Who’s going to claim the glory of the 2020 St. Leger Stakes? It’s always a great race and Aiden O’Brien’s horses always tend to do well at Doncaster, with no fewer than six victories under his belt. But he’ll face stiff competition from Andrew Balding’s Khalifa Sat, who’s in good form. Those that know how to bet on horse racing will understand the appeal of an each/way bet on either of these potential winners. Also hotly tipped is Subjectivist, who has been in good form recently, and now has six victories. And you could say that the horse has unfinished business at Doncaster: his half-brother Sir Ron Priestly came runner-up last time out.

While those are the horses that’ll be hotly backed, you shouldn’t discount outsiders at Doncaster. In the past ten years, the glory has been taken by horses who were well away from the ‘favourites’ tag on multiple occasions. It’ll be worth taking a closer look at the conditions and seeing how the ground runs on days one and two of the event.

The St. Leger Stakes is the focal point for the weekend at Doncaster, but it’s not the only action that’ll be taking place. On day one, famous jockeys of the past will gather to compete in a charity race. The St Leger Legends race has seen a sharp increase in popularity since it was first hosted in 2010, and it’s not hard to see why. Plenty of living legends have taken the crown, including Julie Krone, Mick Kinane, and Sir A P McCoy. But who takes the crown is a secondary concern. This one’s all about fun and raising money for good causes (it’s a fundraiser for the National Horseracing College and Jack Berry House, which provides support for injured jockeys).

There’ll be multiple races on Ladies Day, including the all-female Silk Series final. If you’re looking to mix horse racing with an outstanding social occasion, then the Thursday of the St Leger Festival will be the one you’re looking for. It’s all about getting dressed up, enjoying the races, and having a good time at one of the most anticipated events on the calendar.

The third day of the festival is Gentlemen’s Day. This day hosts the second most important race of the week, the Doncaster Cup. This is the world’s oldest horse race (that uses the official rules of horse racing, at least), and takes all the way back to 1766, making it even older than the race that gives this festival its name. The final day will feature many races, all gearing up towards the showpiece event, and all the glory that goes along with the festival.