The 2021 Goffs UK Premier Yearling Sale got underway at Doncaster today and witnessed solid trade throughout the opening session, headlined by an 87% clearance rate and final figures that surpassed the corresponding session last year.

Today’s opening session saw seven lots sell for six figure sums and was topped by Yeomanstown Stud’s Dark Angel colt out of the Listed winner and Group 3 placed mare Elusive Beauty (Lot 109) who was purchased by Manor House Stud for £120,000.

Young sire Mehmas has been enjoying a great run with his progeny and was responsible for two six-figure lots, Shinglis Stud’s colt (Lot 175) which sold to Sheikh Abdullah Al-Malek Al-Sabah for £115,000 and Tally Ho Stud’s filly out of the black-type mare Fainleog (Lot 121) which was purchased by Alex Elliott for £100,000. 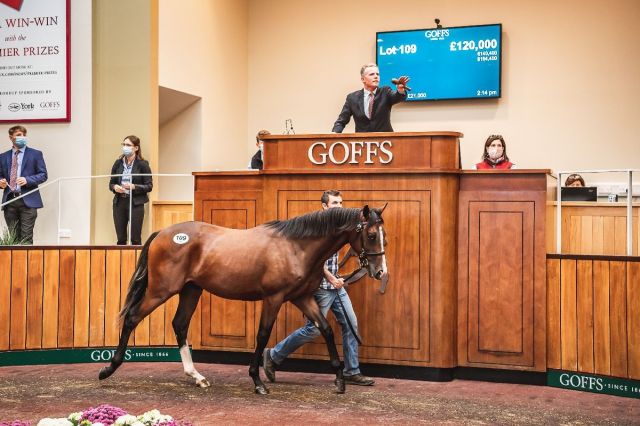 Other lots to feature were Grangemore Stud’s colt from the first crop of sire Havana Grey (Lot 120) which was knocked down to Richard Ryan for £110,000 and Baroda Stud’s Havana Gold colt out of the black-type mare Golden Spell (Lot 151) which was sold to Oliver St Lawrence for £105,000.

Lynn Lodge Stud’s Acclamation colt out of a Dubawi half-sister to Grandeur (Lot 95) was another to headline when selling to Charlie Hills and Johnny McKeever for £100,000 and Whatton Manor Stud’s Kingman filly out of the Group 3 winner and 1000 Guineas placed mare Daban (Lot 74) looks set to appear on the Breeze Up track, having been purchased by Longways Stables for £100,000. ` 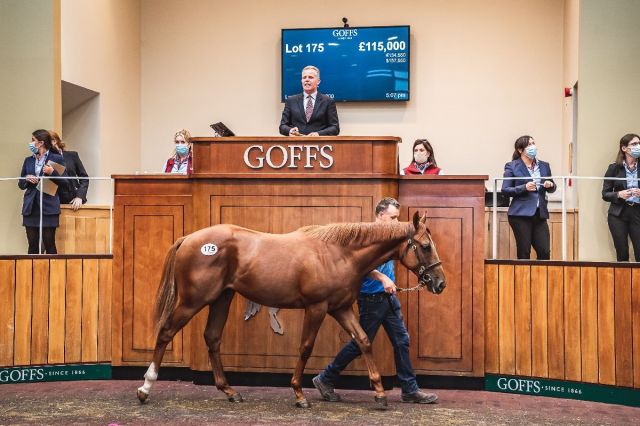 The second and final day of the Doncaster Premier Yearling Sale will commence tomorrow from 10am.

The Doncaster Silver Yearling Sale, which will offer 90 commercial yearlings, will also be held tomorrow and will start immediately following the completion of the Premier Yearling Sale.