BBC News: Ffos Las: Executive director says it is 'not viable' to race at Welsh course this summer

Racing will return behind closed doors at Chepstow on Monday, 15 June but will not resume after lockdown in west Wales until October.

There will also be racing in north Wales at Bangor-on-Dee in July.

Bell has also said Chepstow and Ffos Las need to "diversify" to cope with the economic impact of Covid-19.

Racing returned in England on Monday at Newcastle under strict protocols from the British Horseracing Authority (BHA).

In addition to no spectators, social distancing has to be observed as well as a three-stage screening process, including temperature checks on arrival.

Bell told BBC Wales the BHA had allocated four meetings to Ffos Las in June, July and August, but said it was not economic for the Carmarthenshire course to go ahead with the limited number of events.

"It just wasn't viable to mobilise the course with the current regulations and protocols that we have to adhere to," he told the BBC Radio Wales Breakfast programme. "It's quite expensive to mobilise a racecourse to race behind closed doors with all the signage and the extra staff that need to come in on a race day.

"The weighing room that we have at the moment isn't big enough because of the social distancing required, so we'd have to create a new weighing room for the jockeys, which is expensive.

"But it's only a short-term issue with Ffos Las. It's in the fixtures process for 2021.

"It will have around 20, 22 fixtures next year, it's just a short-term economic decision, nothing sinister at all for the long term." 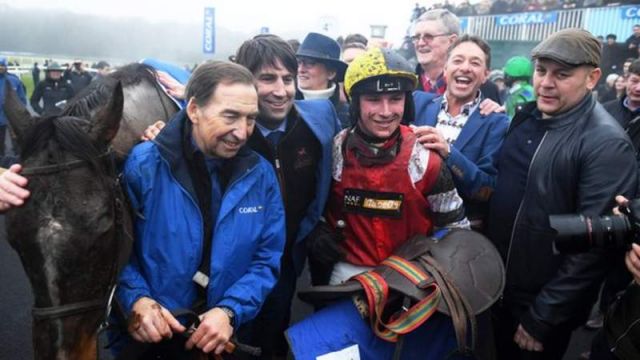 The other venue run by Bell - Chepstow - has been allocated 12 meetings over the summer, but he says resuming behind closed doors after a three-month lockdown will still be a financial challenge at the east Wales course.

"There's a huge loss of revenue with no punters through the door, the hospitality boxes are closed, the restaurants are closed, so it's a very challenging time for us," said Bell.

"We sell the bookmakers the pictures of the races for them to show through their betting shops, which are obviously closed at the moment, but importantly at the moment it's online and that's where we get our revenue at this stage.

"Can we survive long term? Chepstow would make a considerable amount of money with attendances through the door and that will be a challenge but that's why we are looking at other potential income streams.

"Both of the sites together are around 800 acres outdoor space so that lends itself to other events longer term."

Bell is hoping that social distancing regulations may have eased by the autumn, allowing the gradual return of spectators in advance of December's flagship Welsh National at the course.

"It's difficult at the moment to know when people will come back to racing," he added. "Is that going to be September or October? Is it going to be next year?

"I know the Prime Minister was talking that he's under pressure from the hospitality industry to release the social distancing down to one metre.

"We have 12,000 people for the Welsh National and at the moment it's hard to envisage that happening, isn't it? "But things are slowly getting back to some sort of normality, so we'll just have to see what happens as the weeks go by.

"Quite when we get back to those numbers of previous months and years it's difficult to say at the moment."