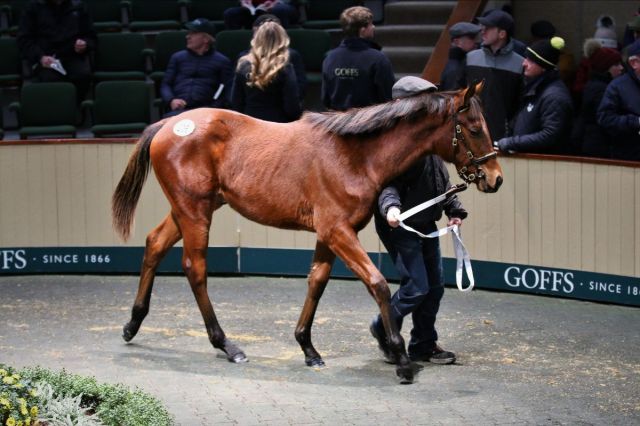 Turnover, average and median all recorded rises over the opening day in 2018, while clearance rate was up by one point to 68% which was notable given the larger catalogue this year.

Other highlights of today's trade included Ballyshannon Stud’s Mastercraftsman half-brother to the Grade 2 winners Shantou Village and Portrush Ted (Lot 94) that was bought by Peter Nolan Bloodstock for €68,000.

Peter Molony of Rathmore Stud acquired another two of the day’s top lots in Lot 208, a daughter of Milan out of the multiple Graded placed mare Burn And Turn from Carrols Grove Stables for €54,000, and Lot 156, Glen Stables’ Westerner half-brother to the Grade 2 placed Stand Up And Fight out of a sister to Grade 2 winner The Hurl that sold for €52,000.

Full results can be viewed here.

The second and final day of the Goffs December Sale, featuring more top class National Hunt foals as well as an outstanding draft of breeding stock, gets underway at 9.30am tomorrow, Thursday 12 December.