ALL THE WINNERS FROM THE 53rd HORSERACE WRITERS & PHOTOGRAPHERS ASSOCIATION ANNUAL 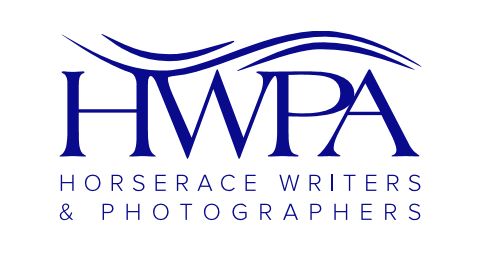 It is the second time Mottershead, Senior Writer at the Racing Post, has lifted the main prize at the Derby Awards.

Mottershead received his award at the 53rd Annual Derby Awards which were supported for the first time by the Hong Kong Jockey Club, Corals, Ladbrokes and Vertem Asset Management.

The awards were compered by BBC 5 Live's Cornelius Lysaght and staged at the Royal Lancaster Hotel in the West End of London in front of an audience of 620 guests including many of the biggest names in British & Irish racing.

The success of 44-year-old Mottershead, who was also a nomination for the Racing Reporter of the Year award, crowned a successful day for the Racing Post.

Their chief photographer Edward Whitaker was named Photographer of the Year for the second year running and the ninth time in total.

His Ireland-based colleague Patrick McCann won the Picture of the Year award for the third time, his winning image being the moment jockey Luke Dempsey was jumped over by a loose horse at Galway during a moment of high drama.

The Racing Post were also responsible for the first winner of the Emerging Talent Award which was given to 23-year-old Jonathan Harding.

He was the first winner of the Alan Lee Trophy, which commemorates the late Racing Correspondent of The Times, and is open to entrants under 30 years of age.

The award was handed over by Alan Lee's children, James and Vicky.

The second new media award for Specialist Writer went to freelance Kevin Blake, whose incisive writing can be found on a number of platforms including Attheraces.com, Betfair.com and Thoroughbred Daily News.

The Peter O'Sullevan Trophy for the Broadcaster of the Year was won for the first time by Racing TV's Lydia Hislop while Reporter of the Year went to Marcus Townend (Daily Mail), who also landed the award in 2016.

History was made as Bryony Frost became the first female jockey to lift a Derby Award.

The rider, who also became the first female jockey to land a G1 race over obstacles at the Cheltenham Festival when successful on Frodon in the Ryanair Chase, was named Jump Jockey of the Year with her boss and Frodon's trainer Paul Nicholls named Jump Trainer of the Year for the sixth time.

A total of 19 G1 wins during 2019, a career-best haul, were enough to earn Frankie Dettori the Flat Jockey of the Year award for the seventh time while his boss, trainer John Gosden, was named both Flat trainer of the Year and International Trainer of the Year.

Owner of the Year went to Andrew Gemmell, who crowned a remarkable four days following the comeback win of his champion staying hurdler Paisley Park in the Long Distance Hurdle at Newbury last Friday and the win of De Rasher Counter, which he part owns, 24 hours later in the Ladbrokes Trophy Chase.

It could get even better for sports and racing-mad Gemmell, who intently follows his passion despite being blind from birth, as he is also a part owner of Willie Mullins-trained True Self who is due to run in Sunday's G1 Hong Kong Longines Hong Kong Vase.

Lisa Hancock, whose career in racing has seen her be a successful amateur jockey and first female clerk of the course at Newmarket, was awarded the George Ennor Trophy for Outstanding Achievement.

The award was particular recognition for Hancock's work as chief executive of the Injured Jockeys Fund which this year completed and opened its new rehabilitation centre, Sir Peter O'Sullevan House, in Newmarket.

The President's Award went to Ruby Walsh, the 12-time Irish champion jockey and most successful jockey in Cheltenham Festival history who retired in May.

Trainer James Owen received the Arabian Racing Achievement Award after a season in which he enjoyed his first overseas success, his first Pattern race win and his third trainer's title.