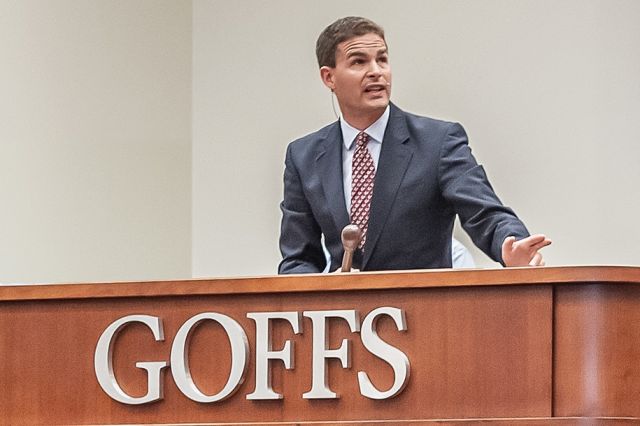 Tim will succeed Tony Williams who is moving back to his native Australia after joining the business in 2016.

Tim joined Goffs UK in 2006 and was promoted to the position of Director in 2009.

Tim has been based in Lambourn since 2011 and has been involved in many facets of the business including marketing, inspections and auctioneering.

His new role will see him relocate to Goffs UK’s head office in the Scottish Borders.

Goffs Group CEO and Goffs UK Chairman Henry Beeby commented: “Tim was the outstanding candidate for the role and brings a unique combination of youth and experience to the position.

Over the years he has demonstrated a passion, drive and ambition that sit very well with the goals we have for the Company whilst he is, of course, already a well-known face of Goffs UK.

I am pleased that the existing team are so supportive of his promotion and very much look forward to working with Tim as we continue to grow and evolve Goffs.”

Tim Kent commented: “I am really excited to be taking over as Managing Director of Goffs UK at the beginning of next year.

Having started as an intern in January 2006, I’ve been tasked with many different roles within the company and have really enjoyed working with the wonderful team at Goffs UK over the last 14 years. “It's an honour to be appointed to this role and I look forward to building on recent successes with all the team at Goffs and continue the momentum in to 2020 and beyond.”