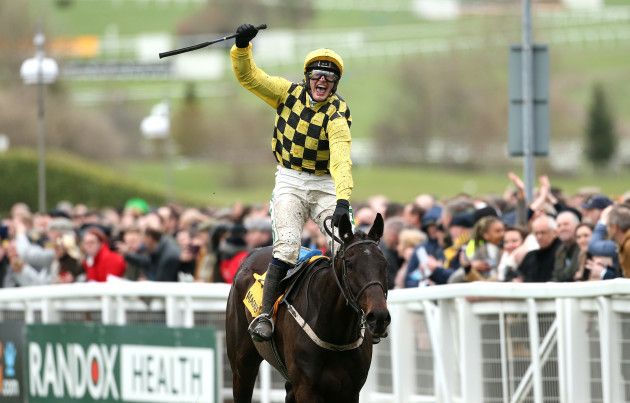 There have been some legendary racehorses that have graced the Cheltenham hills throughout the history of the Gold Cup.

It’s hugely unlikely that any horse will ever be able to match the five victories recorded by Golden Miller in the prestigious race, but Al Boum Photo will have a shot in 2021 of becoming one of the legendary horses to win the Gold Cup on three occasions.

Famous horses that have achieved this in the modern era include Arkle and Best Mate, and that is the illustrious company that the Willie Mullins-trained horse will be looking to join in 2021.

The Gold Cup is the blue-ribbon event of the National Hunt season, and for the last two years, Al Boum Photo has been the horse that has reigned supreme.

Prior to his first victory in 2019, a lot was made of the fact that Willie Mullins had never won the prestigious race despite dominating many of the others at the festival.

However, that long wait for a winner has finally come to an end, and he now stands on the cusp of training one of the best Gold Cup horses in the history of the festival.

The eight-year-olds success in 2019 wasn’t expected by many, as experts believed that Kemboy was the leading Mullins chance in the race.

However, the heavily tipped horse unseated his rider at the first in the Gold Cup, before Al Boum Photo went on to win by two and a half lengths from Anibale Fly.

Regaining his title in the following year was much harder work, with a selection of the best National Hunt horses in training involved.

The Mullins horse still went off as favourite after his success in 2019, but almost faltered coming towards the end after the speed of Santini almost caught him.

However, he was able to hold on to win by a neck. Regaining the Gold Cup for a second time will be even more difficult, with a growing number of contenders emerging at this early point of the season.

There are ante-post fields full of National Hunt stars that could be targeting the blue ribbon event in 2021.

Horse such as Paisley Park, Frodon and Envoi Allen are all in the ante-post markets, but gamblers will be aware that these Cheltenham winners are likely going to opt for different races at the festival.

One horse that will surely be going for a second crack at the Gold Cup will be Santini.

The Nicky Henderson-trained horse was questioned before the Gold Cup in 2020, as many questioned whether he had the staying power or quality to compete for the prestigious honour.

Those doubters were resolutely answered in Al Boum Photo’s second win, as Santini made the winner sweat. If the finishing line was a couple of metres further, then there would have been no doubt that Santini would have been the winner.

Judging by his first run this season, the Gold Cup remains the aim for Henderson, as he finished second in the William Hill Many Clouds Chase at Aintree.

Minella Indo and Champ are also prominent in the market, while questions will be asked whether connections for Lostintranslation and Cyrname will opt for the Gold Cup.

Lostintranslation would be a popular pick for gamblers, as he finished third in the 2019 running of the Gold Cup.

However, there could be doubts after he finished 47 lengths behind Bristol De Mai over three miles and a furlong at Haydock recently. Here you have it the frontrunners in Cheltenham Festival Gold Cups.

If you love horse racing, make sure to visit TwinSpires.com it  to follow other important events, such as the Kentucky Derby.