What to expect at this year’s Cheltenham Festival

What to expect at this year’s Cheltenham Festival 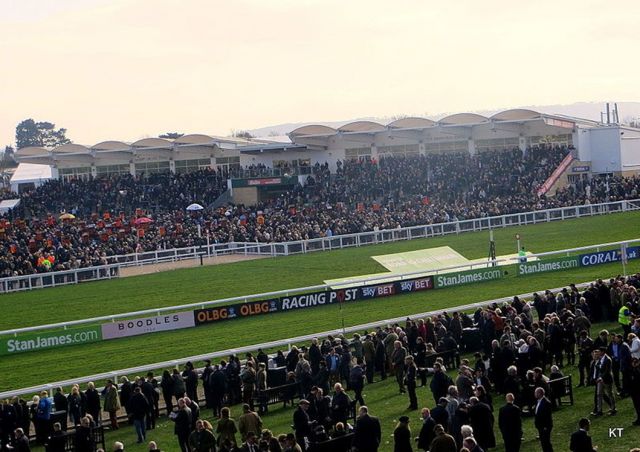 The clock is counting down to the 2022 Cheltenham Festival. From March 15-18, all eyes will be on the greatest National Hunt Festival in the world. Will it be another successful year for the Irish, particularly Rachael Blackmore?

Last year was a memorable one indeed for Blackmore. It was a historic one, too, as she became the first female jockey to ride the winner of the Champion Hurdle. That was the first of six Cheltenham winners, others including the Triumph Hurdle and Champion Bumper.

Can she repeat that success this year? If you believe that she can be the leading festival jockey for the second year in a row, the bookies say Rachael Blackmore is 4/1 to do so.

The 2022 Cheltenham Festival could well see Blackmore again riding the winner of the Champion Hurdle. Honeysuckle was the comfortable six-and-a-half-lengths winner last year, and if anything, the eight-year-old is even better now.

Wins this season have come at Fairyhouse and Leopardstown, the latter being the Irish Champion Hurdle. Honeysuckle has now won 14 out of 14, and Irish punters will have the Henry de Bromhead trained runner down as one of their bankers of day one of the meeting.

The first day of the Festival, at the ever-popular Cheltenham racecourse, could be a very special one for Blackmore. She is also on the favourite for the Mares Hurdle, which is the next race on the card. Tellmesomethinggirl is another Henry de Bromhead runner and looking to win at the Festival for a second successive year.

2021 produced a win in the Dawn Run Novices’ Hurdle. 2021 ended with a narrow loss in a Grade 3 race at Leopardstown, just failing to concede 5lbs to the winner.

There is likely to be many a tear shed if Tiger Roll can win the Cross Country Hurdle on day 2. The two-time Grand National winner won’t be back at Aintree in April but has a fantastic record at Cheltenham. The Triumph Hurdle was won eight years ago. Since then, Tiger Roll has won four more times there.

Three of those wins have come in the Cross Country Chase, including an emotional triumph last year. It’s believed that this may well be the last run of a hugely successful career for the 12-year-old. Irish gamblers may well raise a glass to Tiger Roll if the Gordon Elliott trained runner achieves another win. Blackmore may well get another winner in the opening race on the third day of the meeting. Bob Olinger is the favourite to win the Turner Novices’ Chase. Last year saw this Henry de Bromhead stable member justify favouritism and win the Ballymore Novices’ Hurdle.

Now this runner has been switched to jumping fences and has won both of his races this year. A Beginners’ Chase was won at Gowran Park last November. January saw a much-improved round of jumping with success in a Grade 2 race at Punchestown. That’s five wins in a row, and another success at Cheltenham in March is a distinct possibility.

There will be more raw emotion on day three if Paisley Park wins the Stayers’ Hurdle again. Like Tiger Roll, this runner has been written off in the past. His most recent run was at Cheltenham in January when winning the Cleeve Hurdle. Paisley Park almost refused to run and was left behind at the start. Somehow an amazing recovery was made, and victory was achieved.

Irish fans will be hoping that Flooring Porter can win this race for a second successive year. Since that win, this runner has failed to complete two of his three races. Maybe a return to Cheltenham will bring about a return to form?

The Cheltenham Gold Cup is the most prestigious race at the Festival. Rachael Blackmore is expected to be riding the favourite this year on Day 4 of the meeting. A Plus Tard finished second behind Minella Indo last year and will hope to go one better this time around.

This season has seen success in the Grade 1 Betfair Chase at Haydock last November. That race was won by 22 lengths, but his next race was a lot closer. A Plus Tard lost in the Savills Chase at Leopardstown the following month by just a short head. Galvin (another Irish trained runner) just got up in the final strides to get the win.

This runner won the Close Brothers’ Handicap Chase at the Festival three years ago. Next month, a bold bid will be made to land the Cheltenham Gold Cup. With Galvin, two-time winner Al Boum Photo and 2021 winner Minella Indo expected to line up for the race, the Irish have a very strong hand here, and another successful four days in Cheltenham look likely.