What makes the Cheltenham Festival the greatest racing event

What makes the Cheltenham Festival the greatest racing event 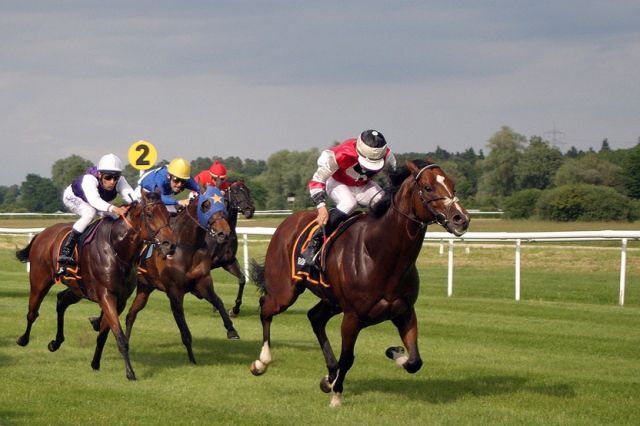 Long referred to as the "sport of kings", horse racing is well known for its connections to royalty. With famous racecourses across the UK and the much famed Grand National, there is still only one real jewel in the crown: the Cheltenham Festival.

With its origins dating back to 1815, the Cheltenham Festival has continued to grow in popularity. Nestled in the countryside, Prestbury Park now hosts this 4-day event in March each year. There is hardly a lack of race meets across the UK, so what is it that continues to draw the crowds here?

If you have ever had the pleasure of being at Cheltenham, you will understand that feeling. The one where your horse is charging down the last stretch and the cheers of 60,000 race fans fill the air. It's like the thrill you get when you finally stumble across the best casino bonus, only on steroids! There is nothing that compares to the atmosphere at Cheltenham. It's not just a one-off either: the swelling crowds are there in number across the whole 4 days. This mass of spectators does not descend for the great food or never-ending supply of alcohol: they are there for a show like no other.

Unlike other race meets, the Cheltenham Festival is not all about a single race with everything else merely being a side-show. Of course, the Gold Cup will always be the biggest draw, but missing one race on one day, does not mean there's nothing else to see. In fact, the Cheltenham Festival has 14 grade 1 races spread evenly across the 4 days. That is why a quarter of a million fans cannot get enough and will come back day after day. With the Champion Hurdle and Queen Mother Champion Chase, amongst others, there is always something to keep race fans coming back for more.

The odd flutter on the races adds to the thrill of the experience, but at Cheltenham, we're talking about some mega moolah changing hands. During the course of the festival, a staggering £600 million worth of bets are placed, and there is plenty of opportunity for race fans to win big. Only last year, one lucky race fan pocketed a whopping £180,000 from a £2 bet. With possibilities like this one, you can see why the crowds keep returning and don't want to miss out.

It's all about the best

The best horses, the best jockeys, and the best trainers: they're all at the Cheltenham Festival, and the fans just can't get enough. With around 500 horses putting in an appearance during the week, there are the famous greats as well as those on their way up. With the likes of Ruby Walsh and Richard Johnson seeing Cheltenham as their second home, fans are delighted by the presence of the best jockeys around. Add top trainers such as Nicky Henderson and Willie Mullins into the mix, and you can see that this is the recipe for a truly magical event. Set in 350 acres, Cheltenham is widely accepted as being the best race meet not just in the UK, but across the world. While the racing world continues to display sheer class over the 4 days, the fans will only ever keep on coming back for more.