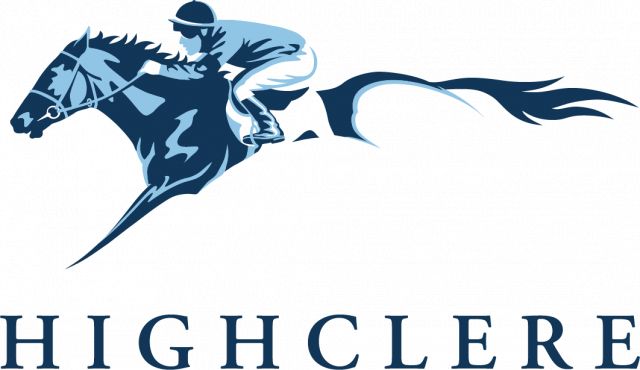 In Highclere Thoroughbred Racing’s 30th anniversary year, Chairman & Managing Director Harry Herbert has labelled having two live contenders in both the QIPCO 1000 and 2000 Guineas as “incredible”.

The Mark & Charlie Johnston-trained Royal Patronage, who beat Coroebus in the Group 2 Royal Lodge Stakes last year, will line up in Saturday’s 2000 Guineas and recent Nell Gwyn Stakes winner Cachet will be ridden by James Doyle for George Boughey in Sunday’s Fillies equivalent, the 1000 Guineas.

Herbert said: “Over 30 years we’ve been in some incredible spots. We’ve had some fantastic horses. To compete at this level, which is what we aspire to, is very hard to do. To have Royal Patronage on Saturday and Cachet on Sunday, and to be there on merit is incredible. They are both Group winners and both go into their races with high hopes that we will give our share owners in them a terrific shout.”

Royal Patronage, a 62,000gns Tattersalls Book 1 Yearling purchase, won the Group 3 Acomb Stakes before getting the better of Saturday’s 2000 Guineas’ second favourite Coroebus over course and distance in the Group 2 Royal Lodge and his trainer Charlie Johnston reports the son of Wootton Bassett to have progressed over the winter.

Johnston said: “He’s done very well from two to three. One of the key things which has led to all the debate about where we’re going to run, is that he’s changed a bit physically from two to three. He’s quite a tall, scopey horse now. That physique combined with the dam’s side of his pedigree was what was initially drawing us towards going up in distance with him. Lots of discussion and the racecourse gallop a couple of weeks ago has made us decide to go to the Guineas which is very exciting.”

Royal Patronage was ridden by Jason Watson in a racecourse gallop which convinced connections to start him off at a mile rather than stepping him up to 10 furlongs. Johnston continued: “That away day experience is something you can’t quite replicate at home. Jason (Watson) felt that he travelled strongly and was able to lie up with horses who would run over a shorter distance quite comfortably. That was a contributing factor to giving us confidence to run him over a mile on his first start of the year.”

When asked why he disappointed in the Vertem Futurity Stakes at Doncaster on his final start of the season, Johnston pointed towards him being struck into. He said: “There was one incident (in the Vertem Futurity Trophy) in that he came back with cuts down his hind legs having been struck into from behind. It’s hard to say for certain how much that will have affected his performance, but it’s certainly something you wouldn’t want to happen in a Group One contest. The one thing you could take from it is that if he finished placed beaten three or four lengths by Luxembourg, you could have come away from it thinking that’s as good as he is. To finish where he did and to be beaten so comprehensively it was obviously a below-par run. The form of his Acomb and Royal Lodge victories were bombproof.”

Herbert added: “We hope that he is a Derby horse in the making. As we all know, they say the Guineas is the best trial for The Derby. We decided that it was right to give him an opportunity on a course he’s won at. He’s beaten the second favourite for The Guineas, so the fact he’s so big in the betting and the horse he beat is second favourite in the betting doesn’t make a lot of sense. He’s in great shape so we’re hopeful he will run a great race.”

Meanwhile, trailblazing trainer George Boughey, who is only in his 3rd full year as a trainer, will saddle Cachet in the 1000 Guineas on Sunday. Cachet has never finished out of the three in four starts on Newmarket’s Rowley Mile and will bid to back up her recent impressive Trial win in the Nell Gwyn Stakes over seven furlongs.

Boughey was Cachet’s underbidder to Jake Warren at last year’s Tattersalls Craven Breeze-Up but was given the opportunity to train her by Highclere. Boughey believes her course form will stand her in good stead, he said: “Cachet is very straightforward. She doesn’t over-exert herself. She’s not the most expressive horse in the mornings, she keeps it for the track really. She’s a good work horse. I think it’s her will to win and her tenacity which has got her this far. I was looking at some of the opposition we’ll be taking on and they don’t have a huge amount of Newmarket form. The one thing she has is that she’s very well balanced. She loves Newmarket. She gets rolling just before we get into the dip, and she accelerates through the dip. She’s a forward-going horse on a track which favours speed horses, so she’s got a few of the attributes anyway.”

When asked whether she will stay, Boughey added: “I think she will stay. We dropped her back to seven furlongs in the Nell Gwynn which is a stiff seven and made plenty use of her. She ended up near the cricket pitch at the top afterwards, she wasn’t stopping. Her work has always suggested she would get the mile and she’s bred to get the mile. She was Group One placed at two over a mile and very nearly won a Breeders Cup over a mile, so I’d be hopeful she would stay the mile at three. I think the race has completely changed complexion since Inspiral came out. She is by Frankel and will likely get further. It looked like it was going to be much more of a stamina test, whereas it now looks much more of a speed race. The favourite is a Cheveley Park winner. We might try and make it more of a test now.”