A five-time winner at the Home of Jump Racing, Frodon (Paul Nicholls, 11st 12lb) recorded a memorable victory under regular partner Bryony Frost in the G1 Ryanair Chase at The Festival™ in 2019.

Paul Vogt's eight-year-old finished fourth in the same contest on his most recent start in March. Cheltenham regular Cogry (Nigel Twiston-Davies/Sam Twiston-Davies, 10st 4lb) is set to make his 18th appearance at the course.

Nigel Twiston-Davies, who is based close to Cheltenham at Guiting Power, said today:

"Cogry loves the track and is a past winner of the race, so we are hopeful. He is a real old favourite in the yard and goes well fresh.

"It is great to be back racing at Cheltenham and it is good to go there with plenty of chances this weekend." 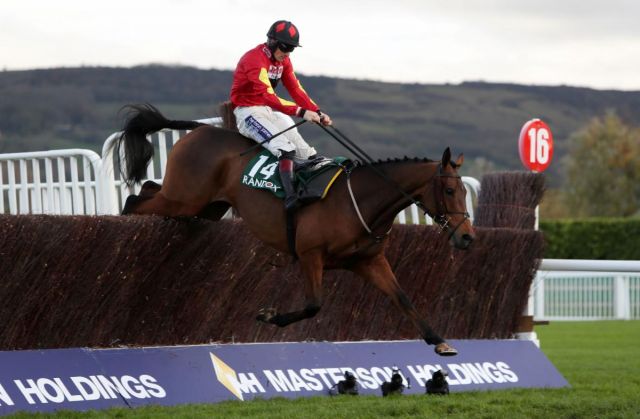 Another Cheltenham regular lining up is Perfect Candidate (Fergal O'Brien/Connor Brace, 10st). The 13-year-old was runner-up in this contest in 2015 and is a three-time winner at Cheltenham, recording his biggest success in a G3 handicap chase in November 2017.

Trainer Fergal O'Brien, who is also based close to Cheltenham at Withington and currently lying second in the Jump trainers' championship, said today:

"Perfect Candidate has been a real superstar for the yard, and we are delighted to see him back.

"He loves Cheltenham and goes well fresh, so we are hopeful of a good performance.

"Cheltenham is obviously our local track and we will have plenty of runners at The Showcase.

We are looking forward to being back racing at Prestbury Park and hopefully we can continue our good start to the season." 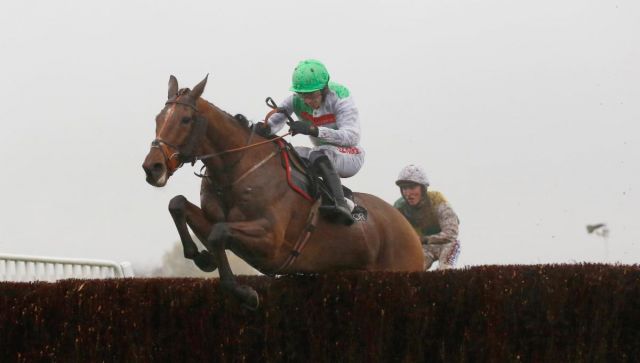 Manofthemountain (Emma Lavelle/Adam Wedge, 10st) bids to continue a fine run of form that has seen him win four of his last five starts over fences.

The unexposed seven-year-old impressed on his seasonal return in a three-mile handicap chase at Bangor on 29 September. Leading four-year-old Allmankind (Dan Skelton/Harry Skelton) faces six rivals in the first race on the card, the Masterson Holdings Hurdle (2.05pm) over an extended two miles.

Successful in G2 company at The November Meeting, Allmankind landed the G1 Finale Juvenile Hurdle at Chepstow over Christmas before finishing third in the G1 JCB Triumph Hurdle at The Festival™.

The weights are headed by last year's winners Tobefair (Debra Hamer/Jack Tudor (5), 11st 12lb), who was not disgraced when sixth in the G1 Paddy Power Stayers' Hurdle at The Festival™ on his latest start.

Fergal O'Brien is represented by Goodbye Dancer (Paddy Brennan, 10st), who landed a three-mile handicap hurdle at Cheltenham in December but was out of the money on his two starts this season.

O'Brien said: "Goodbye Dancer is another horse who goes well at Cheltenham. He needs to improve on his last couple of starts but is not without a chance."

Streets Of Doyen has won his last three starts over hurdles, latterly taking a novice event at Cork on 18 October.

Nigel Twiston-Davies has sent out two winners of the race in recent years, most notably Wholestone in 2016.

The trainer saddles £100,000 purchase Poppa Poutine (Sam Twiston-Davies), who steps up significantly in trip after finishing third on his rules debut at Perth last month.

Twiston-Davies said: "Poppa Poutine is a nice young horse who ran well in a point-to-point and shaped well when third at Perth.

"He needs to improve but there is plenty more to come from him."

Fergal O'Brien is represented in this contest by Polish (Paddy Brennan), who put up an encouraging performance when fourth on his return to action at Bangor last month.

O'Brien commented: "Polish is talented individual. He shaped well on his return to action when fourth at Bangor and will come on for that run - he is a nice type for this season."

Smurphy Enki was far too good for his rivals in a bumper at Wincanton in March, scoring by 18 lengths.

The other race on the card is the Ryman Stationery Cheltenham Business Club Amateur Jockeys' Handicap Chase (5.00pm, 13 runners) over three miles and a furlong.

Twiston-Davies said: Ballymalin is another old favourite and will run in the amateur jockeys' event with Zac Baker aboard.

"He has run a number of fine races for us over the years and we are looking forward to getting him started."

O'Brien said: "Call Me Vic is 13 but has been a real star for us in the point-to-point sphere - it will be good to see him back under Rules."

The going at Cheltenham is Good, Good to Soft in places.

The outlook is mostly dry, although the occasional shower is possible.

Action on both days of The Showcase is on the Old Course.