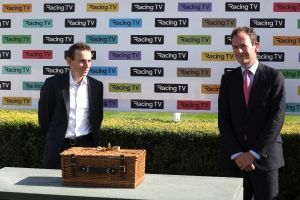 1:50pm UNIBET STEWARDS' SPRINT HANDICAP STAKES The surcingle on STIMULATING SONG had to be replaced down at the start which caused a delay to the start of this race. Approximately 2½ furlongs out, there was contact between MAY REMAIN, unplaced, and CALL ME GINGER, unplaced, resulting in CALL ME GINGER becoming unbalanced, but after viewing a recording of the incident it was found that no riding offence was involved. Following the race, Saffie Osborne reported that DREAM TODAY (IRE), placed second, stumbled badly leaving the stalls. Silvestre De Sousa reported that TOMMY G, which started second favourite and finished unplaced, moved poorly; the Veterinary Officer reported that a post-race examination of the gelding shortly after the race failed to reveal any abnormalities. Lewis Edmunds reported that HIGHLY SPRUNG (IRE), placed fifth, was denied a clear run and Paddy Mathers reported that PRIMO'S COMET, unplaced, was denied a clear run on two occasions on the run to the line.

2:25pm UNIBET SUMMER HANDICAP STAKES Permission was given for PLATITUDE to wear a hood in the Parade Ring only, go early to post and be mounted in the chute and THEMAXWECAN (IRE) to be mounted on the chute.

3:00pm. QATAR LILLIE LANGTRY STAKES (Group 2) Permission was given for CABALETTA to wear a red hood to the start.

4:10pm QATAR HANDICAP STAKES Permission was given for FLEETING PRINCE (IRE) to be mounted in the chute. Following the race, Silvestre De Sousa reported that CORVAIR (IRE), placed fifth, was slowly away.