The 2020 edition of the world's greatest and most valuable chase takes place at Aintree on Saturday, 4 April, the third and final day of the Randox Health Grand National Festival.

The 10-year-old made a promising reappearance in the G2 Boyne Hurdle at Navan on 16 February, finishing fifth, and is due to line up next in the Glenfarclas Cross Country Chase at the Cheltenham Festival on 11 March. Tiger Roll won the Cheltenham contest in both 2018 and 2019 before going on to Randox Health Grand National success. 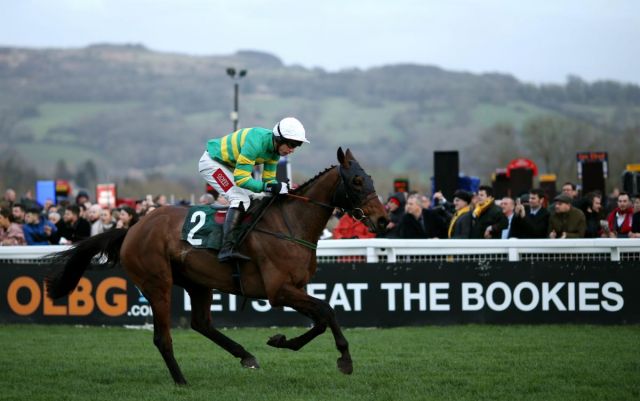 Last year's Randox Health Grand National second Magic Of Light (10st 12lb), trained by Jessica Harrington, posted a rare below part effort when last in the Boyne Hurdle. That came on the back of easy victories against her own sex in a Listed chase at Newbury in December and a G2 hurdle at Ascot in January.

Magic Of Light, who is bidding to become the first mare to win Aintree spectacular since Nickel Coin in 1951, could be joined stable companion Jett (10st 13lb).

He has backed up his victory in a G3 chase at Punchestown in October with a series of good efforts, most recently when fourth in the G1 Irish Gold Cup on 2 February.

"Magic Of Light is in good form. She wasn't as slick at her hurdles in Navan, but I think the ground was just too heavy for her.

"The Mares' Hurdle at Cheltenham was an option, but the race looks very competitive - she would have been taking on two talented mares in Benie des Dieux and Honeysuckle if they run. With that in mind, she will go straight to Aintree.

"She has a nice weight for Aintree and we are looking forward to taking her back there.

"Jett is our other contender for the Grand National and the plan would be to run him, provided the ground is suitable.

"He prefers better ground to testing conditions, but he has run some fine races in defeat this season.

"I have been delighted with him and think there is plenty more to come from him.

"He stays very well and is a good jumper and has plenty of tactical speed."

The leading British-trained hopes, according to the betting, are last year's fourth Walk In The Mill (Robert Walford) and Kimberlite Candy (Tom Lacey), who are both set to carry 10st 4lb.

Walk In The Mill landed the G3 Randox Health Becher Handicap Chase over the Grand National course for the second successive year in December, while Kimberlite Candy, runner-up in the Becher, impressed when taking the G3 Classic Handicap Chase at Warwick in January.

Dual Grand National-winning trainer Nigel Twiston-Davies has seven remaining entries to choose from, with his team headed by multiple G1 victor Bristol de Mai (11st 8lb) and Ballyoptic (10st 11lb), who looked as good as ever when landing a Listed handicap chase at Ascot on 15 February.

Dalko Moriviere (Jerome Larrigade FR, 9st 13lb), one of two French-trained entries, remains engaged. A maximum of 40 runners can line up for the 2020 Randox Health Grand National, with the next scratchings stage on Tuesday, 17 March.

16/1 Kimberlite Candy, Magic of Light, Walk In The Mill