The Races Not to Be Missed at the 2021 Cheltenham Festival

The Races Not to Be Missed at the 2021 Cheltenham Festival 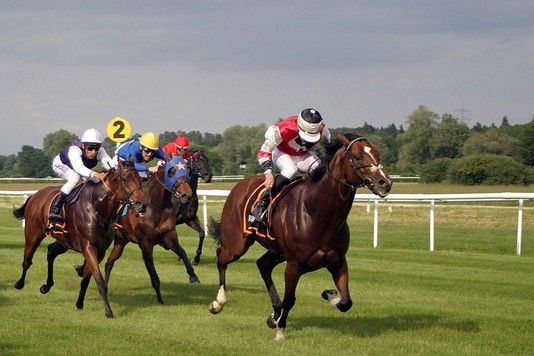 The Cheltenham Festival 2021 kicks off on 16th March and, as always, there will be some exciting races on the card to delight racing fans throughout the UK. The four-day extravaganza is the highlight of the National Hunt year and many consider it the home of jumps racing. Despite the events of 2020 and 2021, the festival will continue to live up to its handsome reputation with some outstanding horse racing.

A feast of horse racing

Such large crowds are hardly surprising. Each day of the festival, there’s at least one race that fans and even just casual spectators absolutely can’t miss, whether they’re tuning in to watch it or have decided to place a bet on it after looking at the Cheltenham ante post odds.

Below is a look at one of the main races on each day of the festival and a little insight into why it’s such a huge race.

The Champion Hurdle is the main race of the first day and is contested over two miles. This year, the competition is going to be fierce. Silver Streak, Sceua Royal, Sharjah and others will be running in the race and looking to give the defending champion, Epatante, ridden by Nicky Henderson, a hard time.

Epatante was sensational in the 2020 Champion Hurdle, but Henderson may still breathe a slight sigh of relief that 2017 and 2018 winner, Buveur d’Air, won’t be competing in the race this year. Instead, the horse will head for the Aintree Hurdle the following month.

In the Queen Mother Champion Steeplechase, Harry Skelton road Politologue to victory in 2020 in a thrilling race over the course’s two miles. The horse held on, looking strong in the final stages of the race, and finished nine and-a-half lengths ahead of Dynamite Dollars in this Grade 1 event.

The victory ended the winning run of Altior, who had won both the 2019 and the 2018 events. However, this year Politologue has received odds of 9/1, whereas Altior is looking at odds of 7/1. Chacun Pour Soi has become the favourite to run a big race, with odds of 4/5. Whereas stamina counts in some races, in this race speed will be everything.

On the third day of the festival, the race on everyone’s lips is The Ryanair Steeplechase. This Grade 1 race, contested over two miles and four-and-a-half furlongs, is for five-year-old horses and upwards. The race is an intermediate one and good for horses that find the Queen Mother Champion Steeplechase a bit too sharp but the Cheltenham Gold Cup a step too far.

It's one of the slightly newer races, having become part of the festival in 2005 when the festival expanded to a fourth day. In 2019, the race was the scene of horse racing history when Bryony First became the first women to ride to victory in one of the Championship races, which she achieved on Frodon.

This year, Allaho is an early, 5/1 favourite to win, but fans will look to see if Min, with odds at 6/1, can defend his crown successfully after taking the 2020 race.

As in any other big race at the festival, he won’t have it easy. Other notable runners in the race include the promising Chacun Pour Soi and the formidable Altior, as well as the horse Min pipped to the post last year: Saint Calvados. If the horse is jumping fences more cleanly this year, 2021 could see Saint Calvados crossing the finishing line first this time instead of Min. 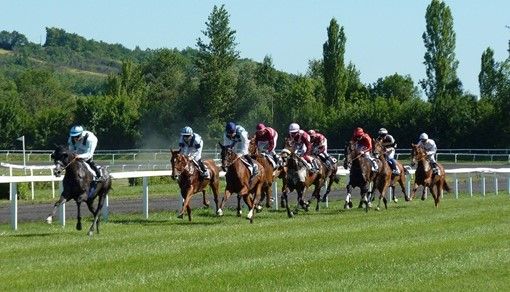 On the final day of the festival, there are some big races, but the one all eyes are on is the Cheltenham Gold Cup, in which the contestants will settle the result over around three miles and two-and-a-half furlongs and which puts £625,000 up for grabs.

The race is one of the oldest of the festival and was first run, as a flat race, in 1819. It was only in March 1924 that horse racing fans started to see it run as it is now, albeit the fact that was run on the Old Course. Back then, the National Hunt Chase was the focus of all the attention and the Cheltenham Gold Cup lived in its shadow.

The 2020 Cheltenham Gold Cup also went down in horse racing history. Al Boum Photo served jockey Paul Townend faithfully for the second year running. It was a thrilling finish, with Al Boum Photo holding off Santini, who challenged hard in the final stages and pushed the winner all the way to the finishing line in a closely run race.

The racing world will be watching to see if Al Boum Photo wins a third Gold Cup and completes a rarely seen triple. Experts have commented how the horse travels, jumps and stays well, making it ideal for running a Gold Cup race.

The Cheltenham Festival is one of the biggest events in the racing calendar and the events are highly competitive. The horses and jockeys will have to be on top of their game to cross the finishing line first and take the considerable amounts of prize money up for grabs.