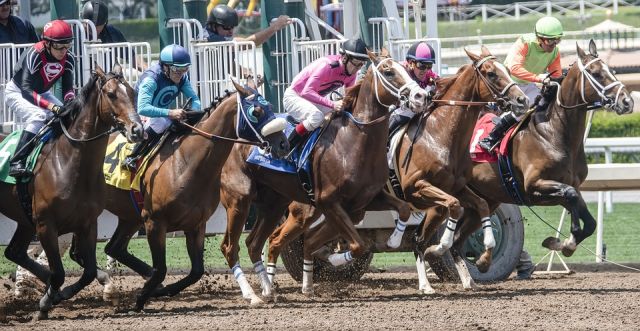 To experience explosive energy from horse gallops, which will resonate with the happiest version of you, you should make your way to the Cox Plate 2021. The event will be held at Moonee Valley Racecourse on October 23, 2021 (Cox Plate day). The main attraction to the event will happen between 4.30-5 pm, popularly known as the Cox Plate time.

The Cox Plate event is the climax of the Down Under racing calendar. Since it is the wealthiest Weight for Age (WFA) race, it attracts the best equine beauty and the best gallopers. The narrow bends in the Moonee Valley circuit make the race tactical and a spectacle to behold. Hence, the race is recognized by the masses as the gem of the racing calendar.

The Cox Plate came to life in 1922. The event was named after William Cox, the founder of the Moonee Valley Racecourse and the father of Australian purebred racing. The Cox Plate has been held at the Moonee Valley annually since then, and it has had numerous winners. Below, we have listed the cox plate winners for the last ten years.

Kolding Kolding is a five-year-old bay Gelding from New Zealand, which Chris Waller trains. The horse has won at Group One level; hence, it is noted as an elite class of racehorse.

Just like Kolding, Humidor is a bay Gelding that Chris Waller trains. The horse is eight years old. The horse is also noted as an elite class of racecourse because it has won the Group One level. Humidor is regarded as one of the most profitable horses by the gamblers since it has realized a 64% investment return.

Fierce Impact is a seven-year-old bay stallion, which Matthew Smith trains. Like the previous two horses, Fierce Impact is recognized as an elite class of racehorses since it has won at Group One level. The horse has realized a 95% return on investment; hence, recognized as one of the most profitable horses.

The Master of Wine is a six-year-old bay Gelding based at Rosebill. The horse has three trainers, namely, John, Wayne, and Michael Hawks. It is also recognized as an elite class of racecourse since it has made over $820,809 in its career, and it has also won at Group One level.

Sir Dragonet is a brown Stallion, which David Eustace and Ciaron Maher train. It is a five-year-old brown Stallion from Ireland. The horse has won the Group One level; hence, regarded as an elite class of racehorse.

The horse has achieved a 109% investment return. Hence, it is recognized as a profitable horse by gamblers.

Check out the Cox Plate odds to see the latest information.

Valaquenta (1) will surely be catching a glimpse of his competitors from the outer alley.

VERDICT: Bella Nipotina (7) is the one to beat.

Ecumenical (2) was great in the G1 the last start. Unfortunately, she has been drawn wide.

Thermosphere (1) cannot be compared to Ecumenical, but it performs well from hurdle three.

Miss Inbetween (3) has had a good campaign so far, and her fitness is superb.

Incredulous Dream (4) has had a great win at Caulfield.

VERDICT: Ecumenical (2) will most likely win the race.

Young Werther (6) is the most likely winner in this race due to his form.

Cherry Tortoni (3) performed dismally in Sydney, but before G2, the horse performed excellently.