Half-Sister to Taghrooda Heads Catalogue for Europe’s Premier Midwinter Sale 486 lots have been catalogued for the two-day Tattersalls February Sale which takes place Thursday 3rd - Friday 4th February and will feature the return of the popular TBA Stallion Parade before the start of the sale on Thursday 3rd February.

The catalogue for the Tattersalls February Sale can be viewed online at www.tattersalls.com and will be available from Tattersalls and Tattersalls representatives from Thursday January 20th.

Comprising 188 fillies and mares in/out of training, 38 broodmares, 206 colts/geldings in/out of training, 32 yearlings and 22 two-year-olds, the catalogue features high class consignments from many of the world’s leading owner-breeders including Godolphin, Juddmonte Farms and Shadwell Estates, who have 132 lots catalogued between them. 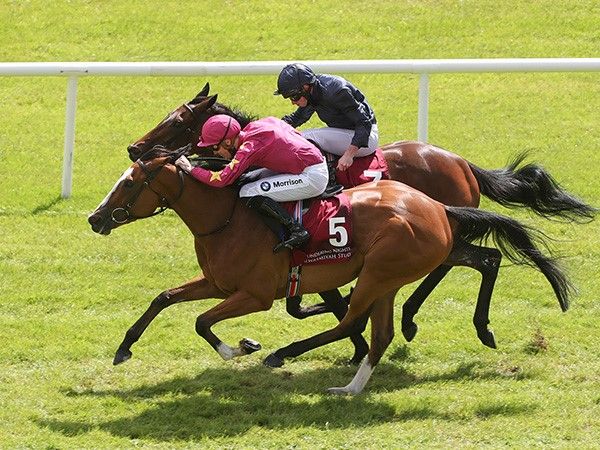 Cape Castle, the dam of 2021 Gr.1 Pretty Polly Stakes winner Thundering Nights, was purchased for 32,000 guineas at the February Sale

The largest draft in the catalogue is the team of 57 consigned by Barton Sales, which includes ten fillies and 30 colts and geldings in/out of training owned by Shadwell Estates.Eye-catching lots amongst the draft include HAMAAYEL, an own-sister to the Grade 1 EP Taylor Stakes winner BLOND ME, WAAJEEHA, the KINGMAN daughter of Group 3 winner HAWAAFEZ, and the four-year-old KINGMAN filly out of Group 3 winner and Group 1 Prix Rothchild third MASHOORA.Shadwell Estates will themselves consign two broodmares alongside eight yearlings by an impressive list of stallions including BLUE POINT, IFFRAAJ, NIGHT OF THUNDER, TEOFILO and TOO DARN HOT.

New England Stud will offer a draft of ten two-year-olds on behalf of Shadwell Estates featuring several exceptional pedigrees.These are led by a half-sister to Champion filly TAGHROODA by AWTAAD, as well as a colt by SEA THE STARS out of the Oaks runner up and Group 2 Blandford Stakes winner TARFASHA, already the dam of the Listed winner RAKAN and the Group 3 second WUQOOD.A colt by DUBAWI out of the Listed winner YAAZY, a half-sister to Group 1 winner MATTERHORN, Group winners BANGKOK and TACTIC and to the dam of Champion miler RIBCHESTER, and a colt by CRACKSMAN out of a full-sister to Group 1 winners SCHIAPARELLI, SALVE REGINA and SAMUM are also among the highlights. 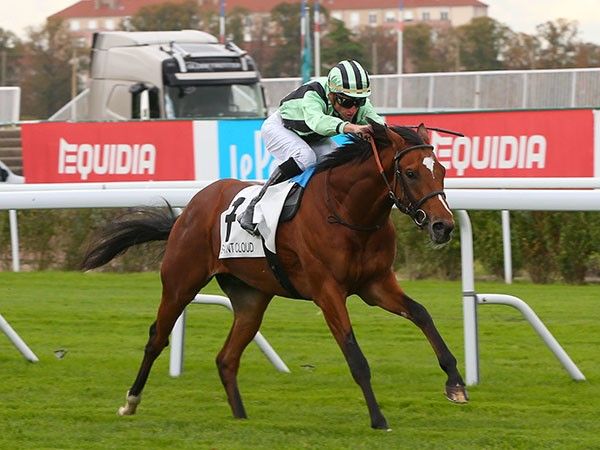 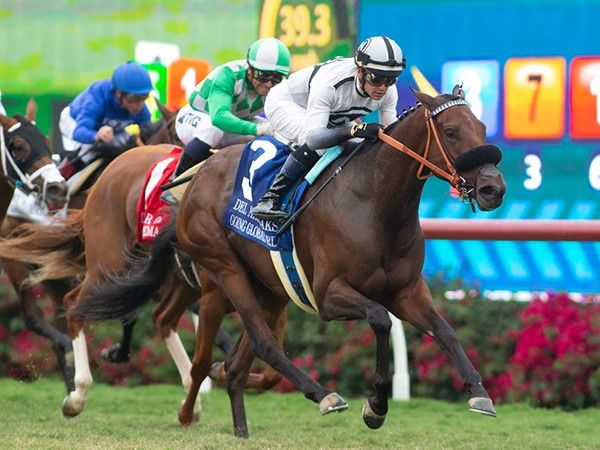 Wrood, the dam of Gr.1 Del Mar Oaks winner Going Global, was bought for 55,000 guineas at the February Sale

Buyers looking for colts and geldings in training with smart form also have plenty to choose from. Godolphin will offer the dual Group 3 winner MAJESTIC COLT, runner up in the Group 3 Goldene Peitsche on his most recent start, and the Castlebridge Consignment will offer the Listed winner and Group 3 Greenham Stakes runner up MEHMENTO amongst a sizeable contingent of 32 lots. Further eye-catchers among the draft include the lightly raced three-year-olds PARK STREET and VELAZQUEZ, both winners of their most recent starts for John and Thady Gosden, and the Hugo Palmer-trained SYDNEY STREET. Amongst other potential highlights is the Park House Stables consigned DANCE AT NIGHT, Timeform rated 80p following a promising win on his most recent start for Andrew Balding and a half-brother to the Group winners DANCING STAR and FOXTROT LADY.