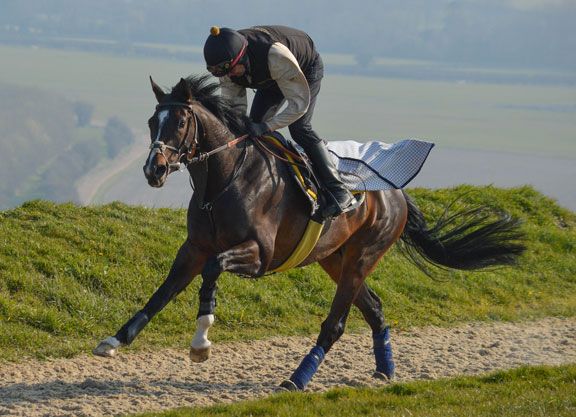 He was fourth in three consecutive Group 1s this summer before besting older horses in the G2 Joel S. and is set to run in the Breeders’ Cup.

“My brothers and I are delighted to own another superstar in Kameko, whose record-breaking 2- and 3-year-old campaigns will live long in our memory. We cannot wait to unveil him to breeders.”

“Kameko is without doubt the best horse I’ve trained. He has all the attributes of a top-class miler and is a striking horse to look at. I feel very honoured to have had the opportunity to train a horse of such class.”

Kameko was a first British Classic winner for jockey Oisin Murphy, who said,

“I felt from the very beginning that this could be a special horse. He’s the perfect model–he has size, durability and a great character. To ride, he has super balance, a great turn of foot and a good mind–you can put him anywhere in a race. He’s a machine.”

Kameko will run at the Breeders’ Cup and on his return will be paraded for breeders, along with other Tweenhills stallions, at Longholes Stud in Newmarket during the Tattersalls December Mare Sale. His 2021 stud fee and syndication plans will be announced in due course.