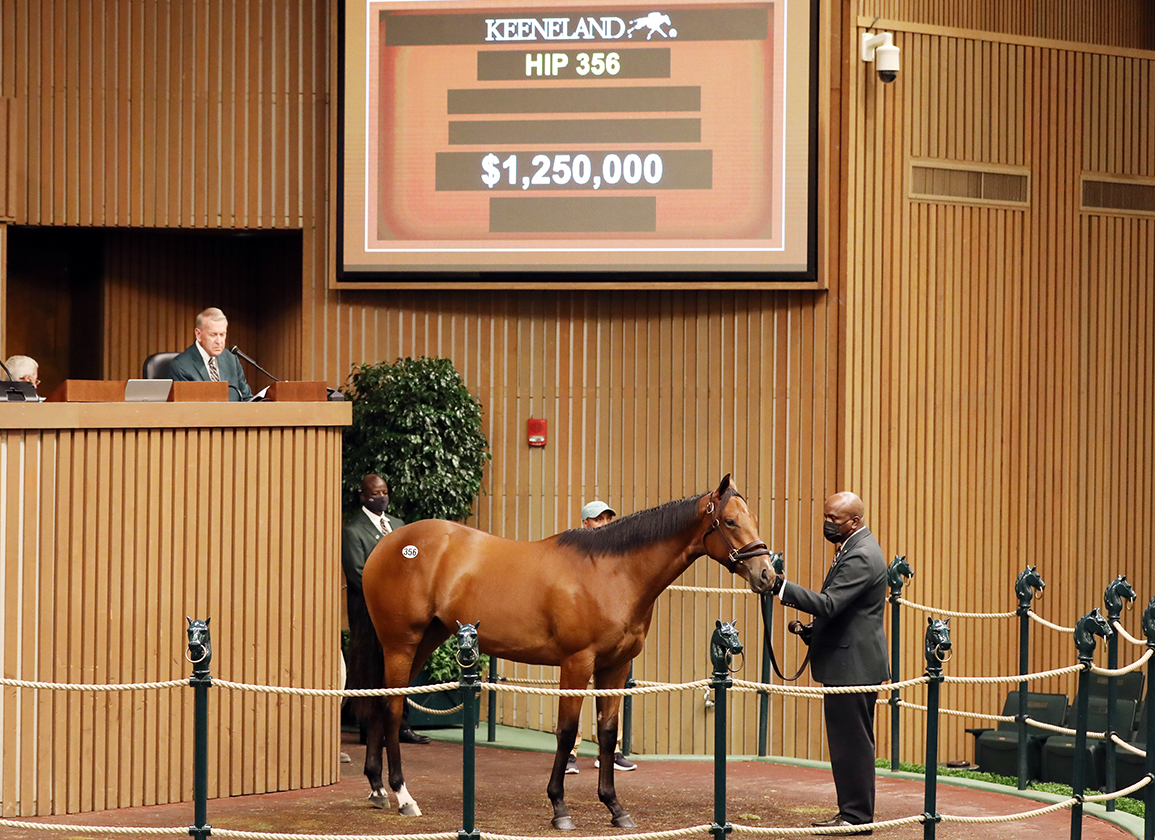 Hip 356, a striking daughter of Into Mischief out of 2015 GI Alabama S. winner Embellish the Lace (Super Saver), was hammered down to Spendthrift Farm for $1.25 million, the second filly to eclipse the seven-figure threshold Tuesday as the fireworks continued at Keeneland September. The bay was consigned to the sale by Bluewater Sales on behalf of China Horse Club International, which paid $2.4 million for Embellish the Lace, in foal to Uncle Mo, at Fasig-Tipton November in 2016. It is the second produce from the mare to make better than $1 million at public auction, as the 2-year-old filly Tap the Faith (Tapit) was purchased by Claiborne Farm for the identical $1.25 million at this sale last year and returned to the worktab at Belmont Park Sept. 11. The 3-year-old filly Classique (Pioneerof the Nile) realized $700,000 at Fasig-Tipton Saratoga in 2019.