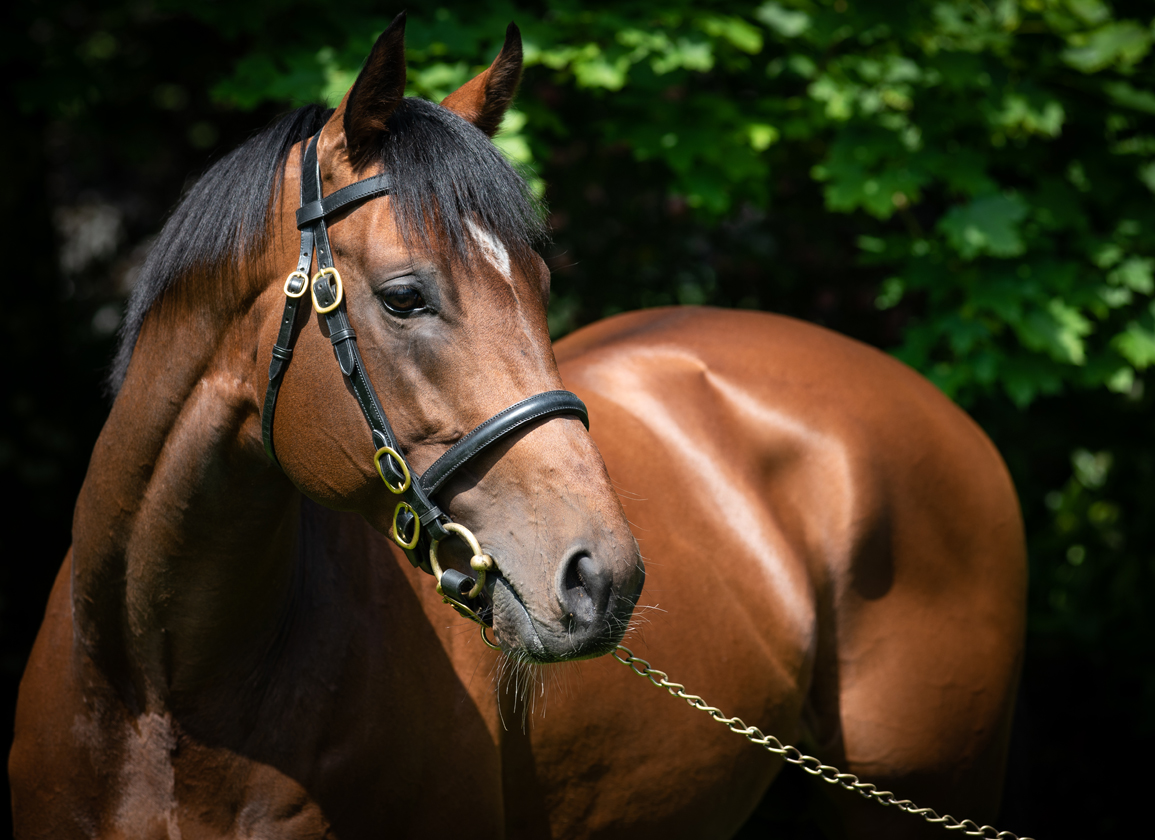 Coolmore and Westerberg's newcomer River Thames (Ire) (Churchill {Ire}) sported Michael Tabor's second colours for Tuesday's BetVictor Supporting Irish Racing Maiden at Punchestown, but was very much first choice coming home and shaped with abundant promise by earning TDN Rising Stardom with a neck defeat of stablemate Changingoftheguard (Ire) (Galileo {Ire}). He was isolated in a mid-division berth as the field stretched out over many lengths through halfway. Making impressive headway under pressure off the home turn, the 5-1 chance quickened smartly to take second entering the final furlong and kept on strongly under mild rousting to deny his rallying stablemate Changingoftheguard (Ire) (Galileo {Ire}) by a neck nearing the line, becoming the 16th winner for his freshman sire (by Galileo {Ire}).

“He's a fine big colt and always went nicely at home,” said rider Wayne Lordan of the Sept. 25 G2 Beresford S., Sept. 25 G2 Royal Lodge S. and Oct. 23 G1 Vertem Futurity entry. “I struggled a little bit in the first half of the race and he just showed his inexperience on the track. From halfway he started to come home well and I felt like he won well at the line. I was getting there and, because he was so green early on, I was trying to land him there so he wouldn't be getting to the front and jamming on. I won snug at the line. He's quite a big 2-year-old so next year is hopefully going to be a nice year for him.”

River Thames is the second of four foals and first scorer produced by a winning full-sister to G3 Princess Margaret S. victrix Angel's Hideaway (Ire) and MGSP G2 Mill Reef S. second Perfect Angel (Ire). His stakes-placed second dam The Hermitage (Ire) (Kheleyf) is kin to a trio of black-type performers, including stakes-winning G1 Epsom Oaks and G1 Yorkshire Oaks third Crown of Light (GB) (Mtoto {GB}) and stakes-winning G1 Grand Criterium placegetter Alboostan (GB) (Sabrehill). Crown of Light, in turn, is the dam of MGSP dual stakes scorer Balkan Knight (GB) (Selkirk). The March-foaled bay is a full-brother to a weanling filly and half to a yearling filly by Cracksman (GB). The latter is slated to sell as Lot 1112 at next month's Tattersalls October Book 2 fixture.