The four-day Tattersalls December Foal Sale got off to a strong start with a colt by TIME TEST topping the opening day’s proceedings at 75,000 guineas, one of sixteen lots to sell for 40,000 guineas or more compared to six in the opening session in 2020. The turnover, average and median all saw healthy increases and the clearance rate was an impressive 84%, a record for the opening session. 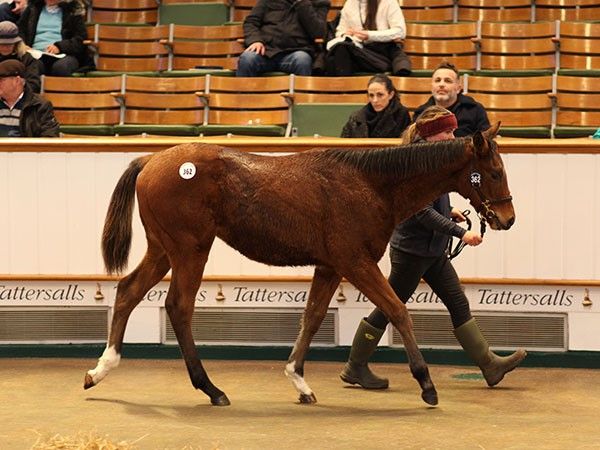 TIME TEST has enjoyed an excellent start to his stud career with four blacktype winners from his first crop and the young stallion provided the headline act of the opening session of the Tattersalls December Foal Sale with Overbury Stud’s colt out of the DYNAFORMER mare WILD MIMOSA selling for 75,000 guineas to the bid of Redpender Stud’s Jimmy Murphy.

A sister to the Group 1 winners SUMMONER and COMPTON ADMIRAL and to TWLYA THARP, the dam of Champion older mare THE FUGUE, WILD MIMOSA was bought for 52,000 guineas by Blandford Bloodstock at the Tattersalls December Mares Sale in 2017 and has proved a successful investment, though not without careful management as stud manager Simon Sweeting explained:

"She has been a huge success for us, she has been wonderful. She has been very lucky for us, but she is a mare we have to manage. We raise them on foster mares and have one organised every time now."

This colt’s two-year-old own sister LOVE INTEREST provided a smart recent update to the page with an impressive winning debut for David O’Meara and Clipper Logistics at Newcastle.

"The two-year-old looks like she might be ok," added Sweeting. "Wild Mimosa will go back to Time Test, she was in-foal to Ardad but sadly lost it at 42 days. That's life! We can't grumble, we have done well.

Of TIME TEST, Sweeting enthused: "I have got a breeding right in Time Test, he is a fabulous stallion. He has got a lot further to go and we are very excited about him. It is great for the National Stud that it has got such a good horse, I am thrilled about that."

Successful purchaser Jimmy Murphy commented: "There is a bit going on in the pedigree. I thought less than that would buy him, but you have to keep bidding if you want one!" 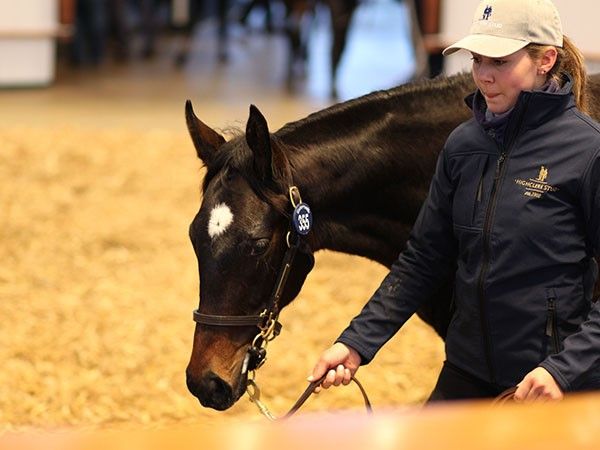 A colt by the Champion Australian sire ZOUSTAR achieved the second highest price of the opening session, the Highclere Stud consigned colt attracting a flurry of bids from around the sales ring before he was knocked down to Billy Jackson-Stops’ JS Bloodstock for 70,000 guineas.

"This is for a new pinhooking venture for Tony Elliott's Rogues Gallery," reported Jackson-Stops. "He is a good-looking sort, a good physical and we liked him. Hopefully there will be good upside with Zoustar, and this colt is likely to return to the October Yearling Sale next year."

The March-foaled colt is out of dual Listed winning DANSILI mare MAKING EYES, the dam of the 100-rated ASCENSION who won five races for Roger Varian and sold to the leading Australian training partnership of Ciaron Maher and James Eustace for 100,000 guineas at the recent Tattersalls Autumn Horses in Training Sale. 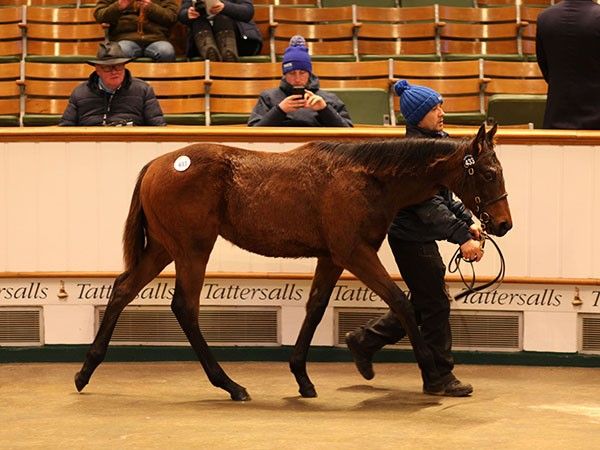 The popularity of TIME TEST’s foals continued unabated during the opening session with a late highlight provided by a colt consigned by the National Stud, who stand the exciting young stallion. Michael Fitzpatrick, signing as Good Will Bloodstock, saw off the attentions of persistent underbidder Eddie O’Leary to secure the late April foal with a bid of 66,000 guineas.

"This is the first by Time Test that I have bought. The stallion is a son of Dubawi and they are doing well, it is a trend that is becoming apparent. I'd like to have a Time Test to sell next year as I think his first crop as three-year-olds will go on again. This colt would be an October Book 2 type," commented Fitzpatrick.

The colt was bred by Philip Mitchell Bloodstock and is out of the DUKE OF MARMALADE mare SWEET AS HONEY, the dam of the nine-time winner MILITIA. SWEET AS HONEY is a half-sister to TACTICIAN, winner of the Listed Silver Cup Stakes, and is from the family of Group 2 Ribblesdale Stakes winner PHANTOM GOLD, Oaks runner up FLIGHT OF FANCY and this year’s Group 3 Solario Stakes winner REACH FOR THE MOON. 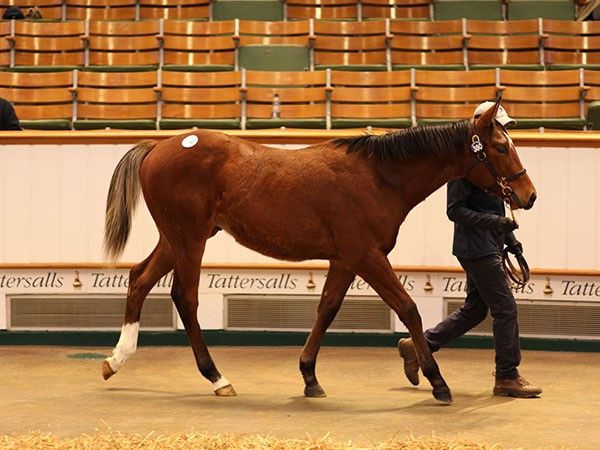 The well-bred colt is out of the Group 3 Princess Margaret Stakes placed MUSICAL ART, a daughter of DUTCH ART out of the Listed runner up MUSICAL BAR, a half-sister to the Champion FINSCEAL BEO and the German 2,000 Guineas winner FROZEN POWER.

Successful purchaser Con Marnane commented: "This is a lovely quality colt, I love the stallion, I think he could have some quality yearlings next year and this lad looks a real runner. We had to go an extra bid to get him, and it is the third foal we have bought this autumn. I have seen a few by the stallion, they are very nice and he was a very good racehorse."

The Tattersalls December Foal Sale continues at 10am on Thursday, 25th December.