The 109-rated sprinter, who had finished seventh behind Exalted Angel in the Listed Betway Kachy Stakes in February, was making a quick return to action for trainer David O’Meara after finishing fourth on turf in the Listed Cammidge Trophy at Doncaster last week.

Tone The Barone showed good early speed from stall nine to lead the 12-strong field and had established a significant advantage over his rivals over a furlong from home.

Exalted Angel (15/2) reeled in the long-time leader just inside the final half-furlong but was himself collared near the line by 6/1 shot Summerghand, who quickened well for a head success under Adam Kirby.

Brian The Snail (18/1) came out on top in a bunch finish for third, a further two lengths back.

“Summerghand is obviously a horse with a lot of ability and a good bit of class.

“I was content in my position following Brian The Snail. I decided to pull out and luckily a horse stopped at just the right time when I was about to start my run.

“I therefore didn’t lose too much ground and it worked out well. I think the visor put a bit of an edge on Summerghand.

“He is a horse who has been running with plenty of credit and he can’t be knocked. When he was second at Wolverhampton a couple of starts back, he was beaten by a good horse in Streamline, and I think today’s visor just put him straight for this.

“Full credit to David O’Meara and his team. Hopefully, we continue to have a bit of luck together. It’s great to have a winner on Finals Day." 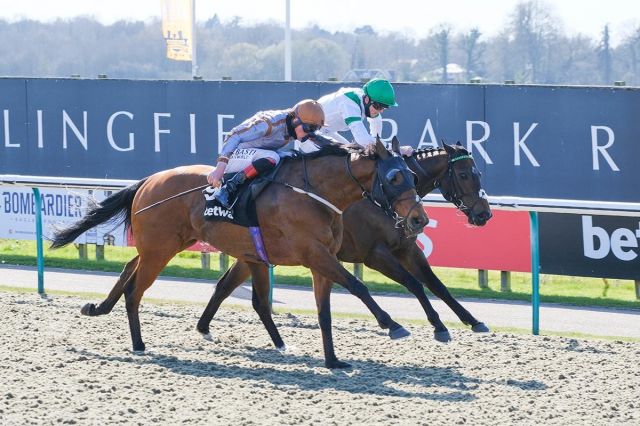