Roger Varian’s five-year-old had already proven himself among the top performers on the All-Weather this season, with two seconds at Listed level and victory in a seven-furlong Chelmsford City conditions race.

Khuzaam was prominent throughout and soon settled in second behind French raider Canagat.

The 6/4 favourite cruised up to hit the front on the bridle two furlongs out and opened up a six-length advantage in a matter of strides at the top of the straight.

Bless Him (8/1) made late progress from the rear to finish third, a length behind Mums Tipple. Jack Mitchell, enjoying a first Finals Day victory, said:

"It could not have gone any better. It was nice and smooth. Khuzaam’s work has improved quite a lot since Chelmsford – I think the gelding operation has helped him, and he came into the race in a lot better form, so we were hopeful of a big run. He just did everything very smoothly today, which helped things.

“Roger and I spoke this morning – Khuzaam is a big horse and not one you'd want to drag back, and the race being here at Lingfield meant that we wanted to utilise that, really, even though we were going up a furlong.

“Once I asked him to change gear, he put the race to bed very quickly. I think he has a lot of class – and he has miles left on the clock, so we will see where he can go. I think there is improvement in him.

"Thank you to Shadwell and to Roger for sticking with me. It is very nice to have a winner in these colours.” 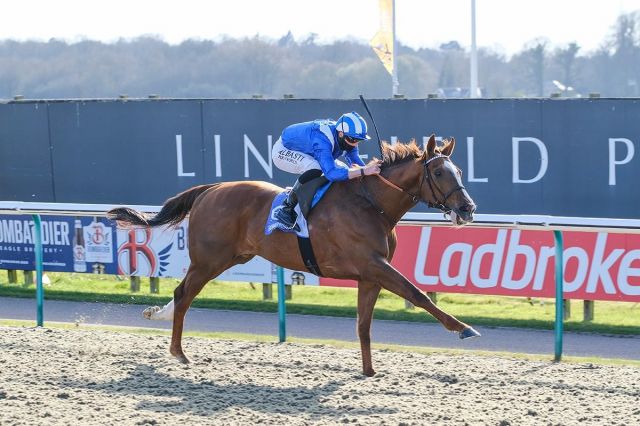