The four-year-old had been kept busy by trainer George Boughey throughout the early part of 2021, including a comfortable Newcastle handicap victory on her latest outing on March 16, and was making her ninth start of the year.

After breaking slowly, 25/1 outsider Pholas was held up in last of the six runners as Fizzy Feet cut out the running under Rossa Ryan.

Fizzy Feet continued to bound on in front and found plenty in the straight but was collared near the line as Pholas came from last to first inside the final furlong to prevail by a neck.

Shimmering Dawn edged out Arafi by a neck for second, with a head back to Fizzy Feet in a blanket finish.

The 4/5 favourite Indie Angel could only finish fifth, a further length and a half in arrears.

It was a first Finals Day success for both Boughey and Doyle.

“I watched the reruns of Pholas's races, and it was quite clear that she was a very well-handicapped horse who had been taking all the right steps forward but, to be honest, I did think this was a big ask of her today.

“George said to ride her like the best horse in the race, even though she might not be, because she just needs to do things smoothly and in a rhythm. We agreed that in a higher-grade race like this you would get a stronger pace to aim at, and that's what we got.

"I was travelling well and then going down the hill two and a half furlongs out I got a bit unorganised and hit a bit of a flat spot. I just put the bit higher up in her mouth and grabbed hold of her, and she responded well.

“I thought at one point, 'I might nick a place here', and then a furlong out, 'I might get up', and she has picked up really well. It's good to get my first winner on All-Weather Finals day – things are going good at the moment.” 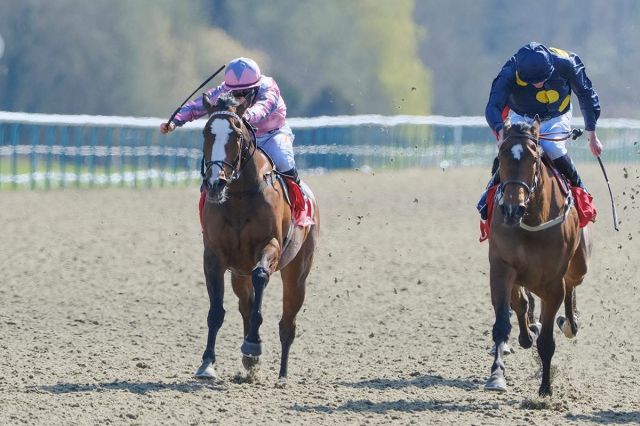