The Clive Cox-trained son of Due Diligence had scored decisively on his first two All-Weather appearances before going down by a short-head in a handicap over the course and distance on March 10.

Sent off the 2/1 favourite, Diligent Harry was rousted leaving the stalls by Adam Kirby to race in fourth on the outside of the field as Hollie Doyle sent Mighty Gurkha on into the lead after a furlong and a half.

Mighty Gurkha quickened further away turning in, but Diligent Harry ran on powerfully in the straight, taking up the running half a furlong from home before forging clear for a two-length success.

Mighty Gurkha (5/1) narrowly held on for second by a nose from Zamaani (13/2), with another length back to Listed Ladbrokes Spring Cup winner Apollo One in fourth.

“I am over the moon. Having not run before January, it was a big ask, and Diligent Harry was in charge of our progress all the time. Although he got beaten round here last time, it was very nice to get some experience round the track. It wasn't the best passage round and he still finished off great.

“He has always pleased us a lot. I must thank his owners, who are a great, patient group of people. He did not run last year, which has turned out to be a blessing. All this is not above expectations, to be honest, but when it all goes right, it is fabulous. He has always shown us promise and I am thrilled to bits for all of them.

"He would be as exciting as a few of the other good ones we’ve had, but it is still early in his career and we need to manage him. He has done a lot and today was a big ask. We will give him a bit of time and make that call in a month's time or so."

“Everything went smoothly for Diligent Harry. I got a pleasant run round and he was still a little bit babyish when he got there, but hopefully he can take another step forward.

“Ascot is where he would be suited too. It will suit him better than here, but we’re still a little way off that. Let’s hope he takes a step forward – I still think he could be quite special.

“He is a big boy and still a bit raw. He is a gentleman and will have a little bit of time now as he has been very busy in the last three months.

“It is a great day and I am really pleased.” 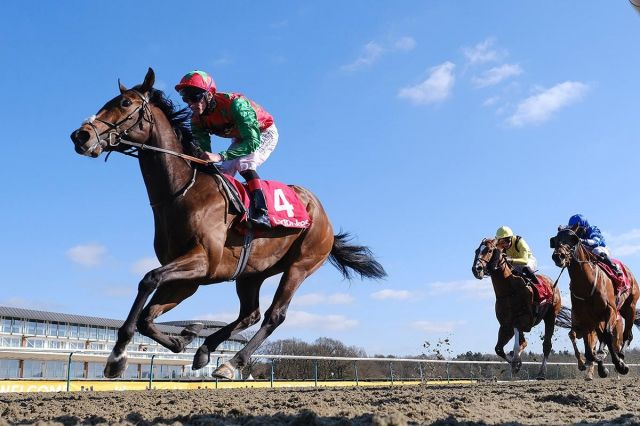