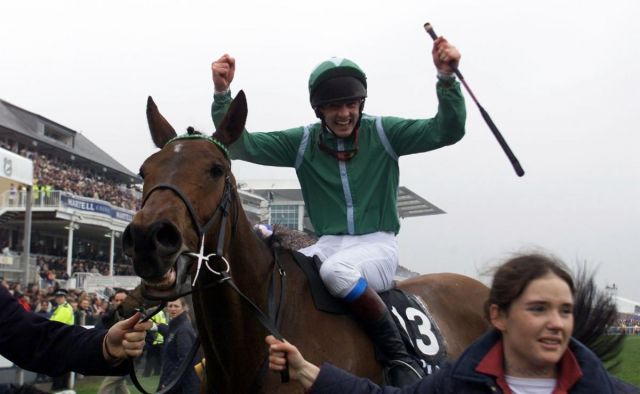 His first success came in 2000 on his first ride in the world's great chase aboard Papillon, trained by his father Ted, who landed a monumental gamble when scoring by a length and a quarter at 10/1.

Papillon was also fourth in the 2001 renewal.

His second success came five years later on the Willie Mullins-trained Hedgehunter, who was the impressive 14-length winner.

The classy performer, owned by Trevor Hemmings and trained by Willie Mullins, was the best Grand National performer of his generation.

In addition to Papillion and Hedgehunter, Ruby also enjoyed place finishes in the Randox Health Grand National on Kingsmark (fourth in 2002), My Will (3rd in 2009) and on his final ride aboard Rathvinden (3rd in 2019).

Ruby Walsh celebrates winning the 2000 Grand National on Papillon About Ruby Walsh With a total of 2,756 wins in Britain and Ireland, 59 winners at The Festival at Cheltenham and two Randox Grand National victories, Ruby Walsh represents the pinnacle of achievement in Jump Racing.

Following his first win on Siren Song on 15 July, 1995, Ruby went on to be associated with some of the all-time greats in Jump racing, including Kauto Star, Denman, Hurricane Fly, Big Buck's, Quevega and Annie Power to name but a few. His 59 Festival winners at Cheltenham is an all-time record and yielded 11 Holland Cooper Leading Jockey Awards.

Associated primarily with trainers Paul Nicholls and Willie Mullins during his long career, Ruby also enjoyed significant success for his father Ted and famously won the Grand National and Irish Grand National in 2000 on horses trained by Ted, with Papillon scoring at Aintree and Commanche Court taking the Fairyhouse contest. 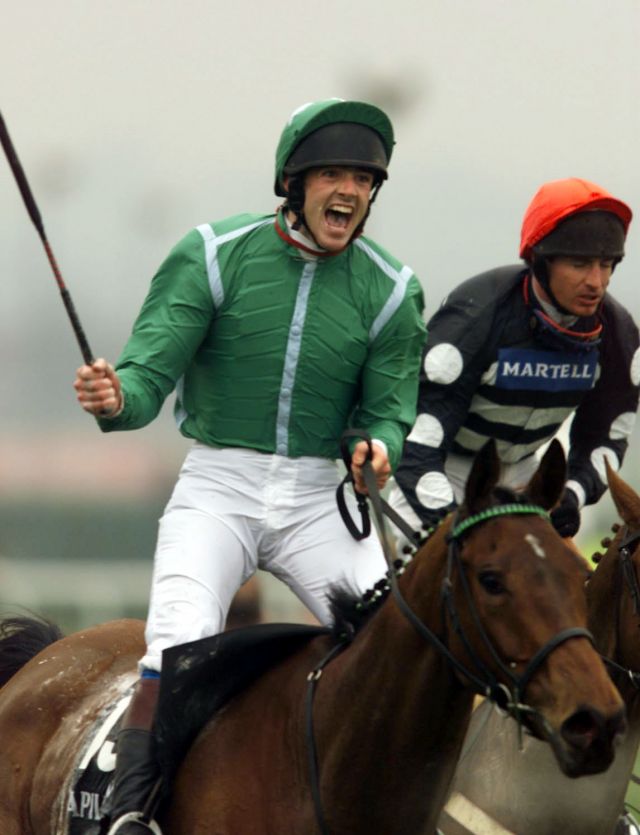 A 12-time Champion Jockey in Ireland, Ruby was always the consummate professional and, as befits someone of his stature, he went out at the very top - hanging up his boots after winning the G1 Punchestown Gold Cup on Kemboy on 1 May, 2019.

Katie Walsh created history in 2012 when achieving the highest finishing position for a female rider in the Randox Health Grand National. She came home third on Seabass, who was also trained by Ted Walsh.

Katie rode in the Randox Health Grand National on six occasions, only once failing to complete the course.

Her close to 200 winners included three successes at The Festival at Cheltenham, she was along with her sister-in-law Nina Carberry among the most successful female Jump jockeys of all-time. 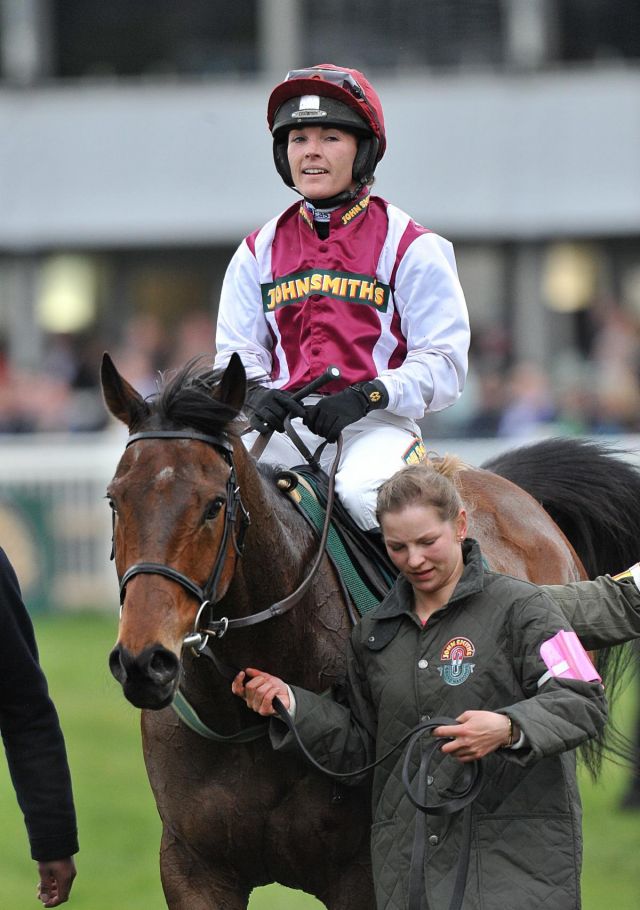 She retired from the saddle in April, 2018, after partnering Antey to victory in a novices' hurdle at the Punchestown Festival.

This season will be her sixth as a Racing Ambassador for the Randox Health Grand National Festival and she is also a regular participant at the Grand Women's Summit staged on Ladies Day.

Katie Walsh on Seabass following the 2012 Grand National About Katie Walsh Katie Walsh hails from a family steeped in racing.

Her father is the trainer, broadcaster and former champion amateur jockey Ted Walsh, while her brother is Ruby Walsh has twice ridden the Randox Health Grand National winner and is the most successful jockey ever at the Cheltenham Festival.

Katie led up the 2000 Aintree winner Papillon, who was trained by her father and ridden by Ruby.

Along with her sister-in-law, Nina Carberry (who is married to Walsh's brother Ted Jnr), she is one of the best-ever female Jump riders, with close to 200 winners during her 15-year career.

She finished third on Seabass in the 2012 Randox Health Grand National, the best position achieved by a female rider in the race. In April, 2015, she captured the Irish Grand National aboard the Sandra Hughes-trained Thunder And Roses.

She partnered three winners at The Festival at Cheltenham and became the first female rider to win a G1 at the four-day spectacular on Relegate in the 2018 Weatherbys Champion Bumper. Katie Walsh is married to trainer Ross O'Sullivan and sells two-year-old breeze-up horses, the best of whom has been Mill Reef and Gimcrack Stakes winner Caspar Netscher.