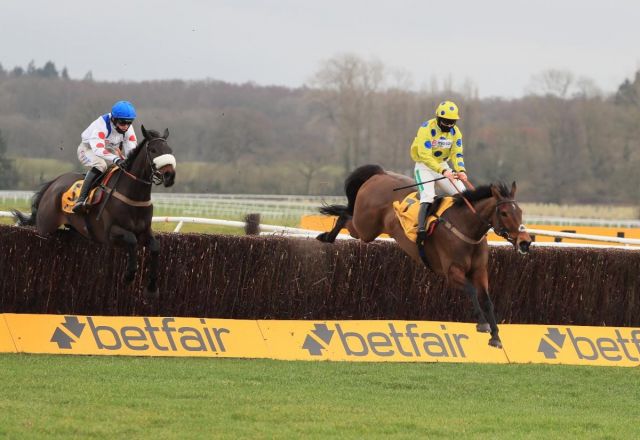 Secret Investor led his rivals from start to finish in the Grade 2 Denman Chase at Newbury under Bryony Frost for Paul Nicholls. The son of Kayf Tara jumped and travelled with zest to keep the pressure on the chasing pack before battling home to hold off his stablemate Clan Des Obeaux.

Sold for €38,000 by Lakefield Farm to Monbeg Stables at the Derby Sale, also sold as a foal at the November National Hunt Sale by Mill House Stud for €12,000 to P Hanney. Also sold at Tattersalls Cheltenham May Sale to Tom Malone and the trainer for £175,000.

Soaring Glory put in a fine performance when winning the Grade 3 Betfair Hurdle at Newbury. The six-year-old produced a late surge under Jonjo O’Neill Jnr to gallop clear of his rivals to secure Graded victory for trainer Jonjo O’Neill. Sold for €68,000 by Goldford Stud to Stroud Coleman Bloodstock at the Derby Sale. 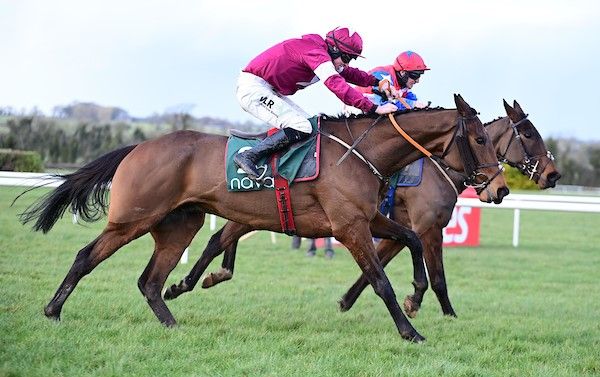 Sold for €50,000 by Kilminfoyle House Stud to Bobby O’Ryan at the Derby Sale, also sold as a foal at the November National Hunt Sale for €35,000 by Tornanstown Lodge.