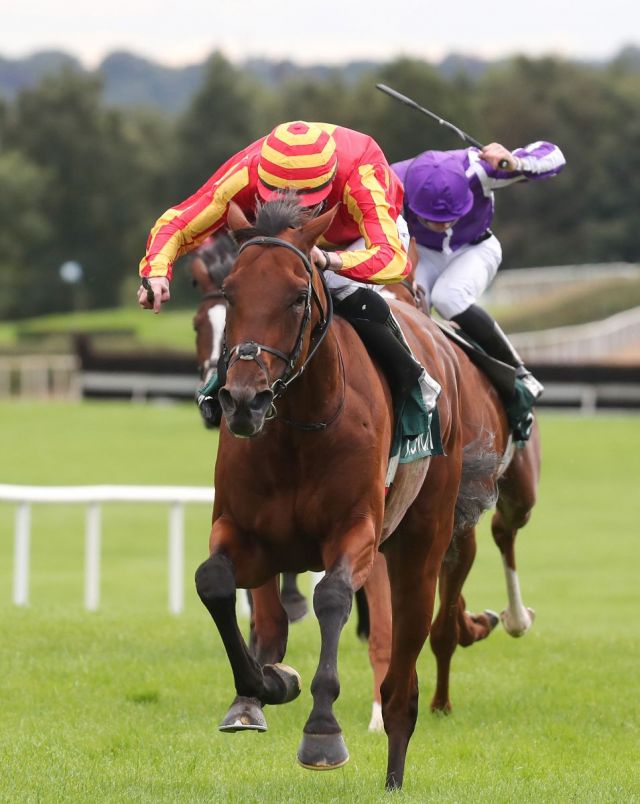 The Joseph O’Brien trained Galileo Chrome claimed victory in the world’s oldest Classic at Doncaster on Saturday under Tom Marquand, leading a 1-2 in the race for the Orby Sale with Berkshire Rocco in second.

Unbeaten this season, the son of Australia was consigned by Castlehyde Stud at the 2018 Orby, while the Andrew Balding-trained Berkshire Rocco was consigned by Mount Coote Stud at the same sale. Galileo Chrome, winner of the Group 1 Pertemps St Leger, Doncaster Alpha Racing 2020’s Cadillac, a two-year-old son of Lope De Vega, ran out the very impressive winner of the Group 2 KPMG Champions Juvenile Stakes for Jessica Harrington and Shane Foley.

Sold by The Castlebridge Consignment to BBA Ireland at last year’s Orby Sale, the Breeders’ Cup Juvenile Turf is set to be the colt’s next start while he received quotes of 8/1 for next year’s 2000 Guineas. Saturday also saw a superb run by the Johnny Murtagh-trained Champers Elysees to win the Group 1 Coolmore Matron Stakes. Champers Elysees was offered at last year’s Goffs Autumn Horses In Training Sale. 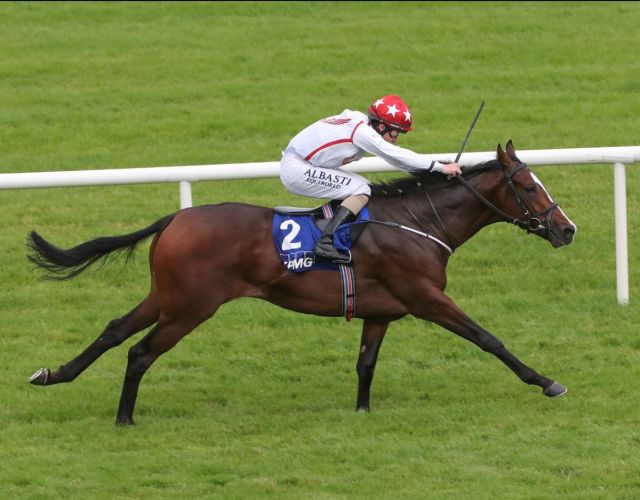 Goffs was proud to continue its sponsorship of the Group 1 Goffs Vincent O’Brien National Stakes at The Curragh on Day 2 of Irish Champions Weekend, won with one of the performances of the weekend by Thunder Moon for owner Chantal Regalado-Gonzalez, Joseph O’Brien and Declan McDonogh. 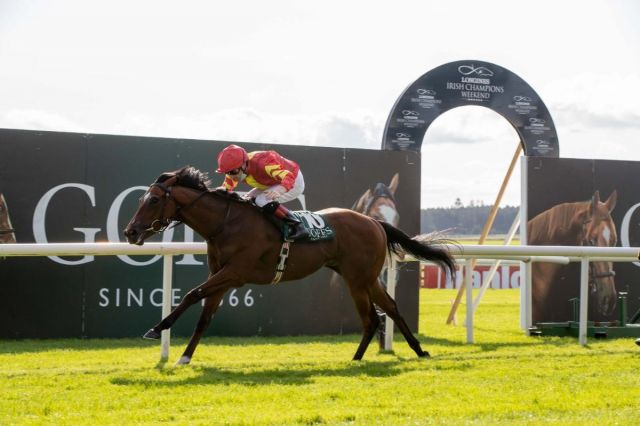 Friday’s racing had set the scene for a winning weekend with black type wins for Dark Vision, Ubettabelieveit, King’s Harlequin and Queen Of Love.

In France, Orby graduates recorded a Stakes double with the Nicolas Clement-trained King's Harlequin claiming the Group 3 Prix d'Aumale at Longchamp for Sam Sangster and Reeves Thoroughbred Racing, while Queen Of Love won the Listed Prix Coronation at Saint-Cloud for Andrew Fabre and Lady Bamford. King’s Harlequin was sold by The Castlebridge Consignment to Tina Rau at the 2019 Orby Sale, and Queen Of Love was sold by Yeomanstown Stud to Longways Stables.

Congratulations to all winning connections.