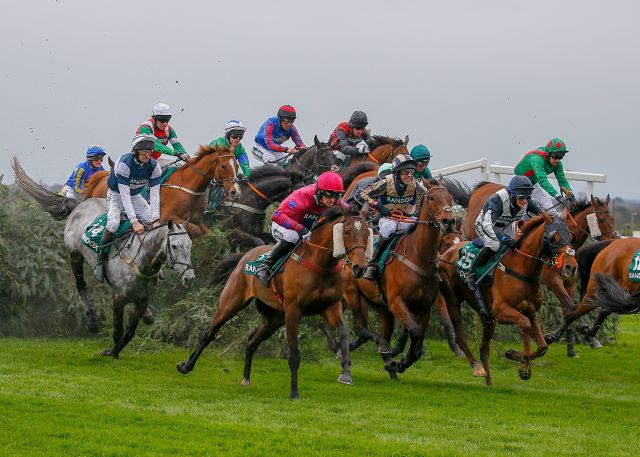 The modification to the fences and the uniquely shorter distance of 2m 5f puts the emphasis firmly on speed and class in this contest, and such recent speed figures should provide a good indication of respective chances.

Billaway (142) heads the ratings. Arguably the best hunter either side of the Irish Sea, he lost nothing when defeated on the nod at Cheltenham. He has a tendency to make the odd blunder but the ability to ‘find a leg’ is more important at Aintree than bold jumping. He also has a good completion rate having not fallen since his a rather inauspicious debut run. Drying conditions might count against him slightly, but the current going forecast is ‘Good to Soft’ and, with the National Course normally running slower than the traditional Mildmay, this should not prove a problem. He represents a solid bet at around 3/1, although one would not want to take shorter.

Latenightpass (132) was another who ran well at Cheltenham ands should give a bold sight out in front. However, he is on the small side and the big ditches might find him out. If the eight-year-old can adapt, it is worth noting that he has never finished out of the first four.

Paul Nicholls is double handed here, saddling the French bred duo Sametegal (130) and Cat Tiger (127), and both look to have sound chances. Strictly on a line through Porlock Bay, there is little between Sametegal and the favourite by virtue of his half-length defeat by the Cheltenham hero at Wincanton in February. One can forgive a below par effort at Fontwell next time where he ran as though a non-stayer over the extended 3m 2f trip. He is far more effective over shorter, and a major plus is that he already has experience of these fences having completed on all three occasions previously, including when finishing third in the Grand Sefton back in 2017.

Cat Tiger was untroubled to land the odds on his hunter chase debut at Leicester and comes here with an impressive CV having landed numerous events around Auteuil – most over a similar trip to todays – and the seven-year-old rarely misses the frame. His would be a popular win for enthusiastic owner/rider David Maxwell, who recently returned from a serious injury.

All the above offer fair value at their current odds, but for those who might fancy an outsider at a bigger price Looking Well (126) and Risk And Roll (129) might offer sporting wagers. The former shaped well on his hunter chase debut at Musselburgh behind Alcala and has spent most of his career racing North of the border, with both of his victories coming at Kelso. The Nicky Richards yard is also in top form at present.

Risk And Roll, another French bred, is suited by this trip and has run creditably recently under Rules. A sound jumper, he would appear to need very soft ground to be at his best however, so if the forecast rain appears in time he would be one to give some consideration too. Otherwise, things may happen a little too quickly for his liking. 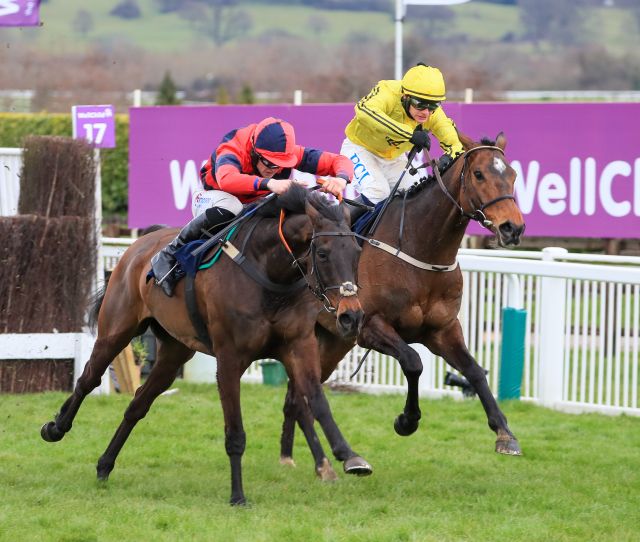 BILLAWAY ticks all boxes; a class horse, ridden by a class jockey, and at a fair price. Cat Tiger appears a viable alternative for popular Corinthian David Maxwell.