Front runner Ornate (David Griffiths/Phil Dennis) had a healthy advantage approaching the final furlong but Venturous quickened smartly out of the chasing pack to wear him down close home.

The margin of victory was a length and a half, with Tawny Port (Stuart Williams/Ben Curtis) a length further back in third.

Venturous is in the form of his life as an eight-year-old, with this success coming on the back of handicap victories at Doncaster, Newcastle and Wolverhampton in the latter stages of 2020.

“Venturous has done it extremely well.

“Ornate is not a bad old horse himself and he takes a bit of getting back once he has worked up that lead, but this lad never really gave me a moment’s doubt. I found myself going down to the furlong pole thinking that I don’t want to take him off the bridle too soon.

“Whatever has clicked in him I am not sure, but David has obviously done a great job bringing him to fore at this age. He is improving and given he is now in for Good Friday, hopefully he can continue in this vein of form.

“To be honest, six furlongs at Lingfield could almost be comparable to five furlongs up here, being that this is a stiff straight track and you don’t get the chance for a breather whereas at Lingfield he will do.

“I guess on Good Friday you hope they go a good gallop as there is usually plenty of speed horses in there. He would need things to fall his way but if he continues on the trend that he is following at the moment, he should be on for a big run.” 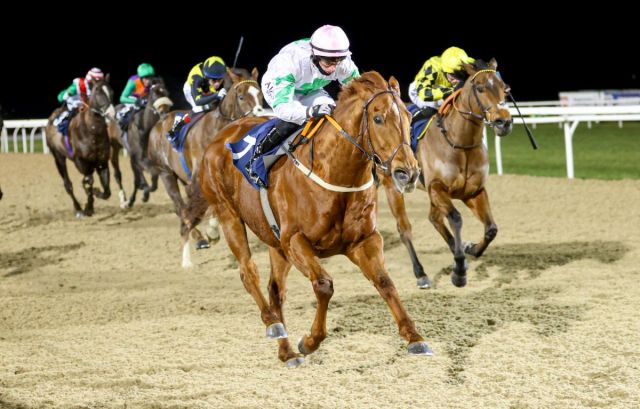 Jamie Spencer produced a classy waiting ride on Bless Him in the following Bombardier Conditions Stakes (1m) and David Simcock’s charge is now assured a starting berth in the Bombardier All-Weather Mile Championship on Finals Day.

Bless Him travelled eye-catchingly in last place and moved on to the tail of the improving Count Of Amazonia (Marco Botti/Ben Curtis) with two furlongs to race.

The pair kicked away from the rest of the field thereafter and it was Bless Him who found most on the run to the line, edging clear under hands and heels to score by a half-length.

The 5/4 favourite Ummalnar (William Haggas/Tom Marquand) was a big disappointment, trailing home last of the five runners having cut out much of the running.

This was Bless Him’s first success since September 2019, when he defeated subsequent G1 scorer Lord North in a mile handicap at Ascot.

He also showed a high level of form as a three-year-old when landing the Britannia Handicap at Royal Ascot.

“Bless Him did it well. I nursed him into the race and he had just enough in reserve to run them down late on.

“I thought he would need the run, especially as the track is riding quite deep which makes it quite demanding.

“He is moving really well at the moment; he is a horse that David has to be careful with. He only runs a handful times a year and it is good to get him to win on his first start because he generally improves a good bit for a run. “He should have a good season even though he is a seven-year-old now. There is still plenty of life in him.” 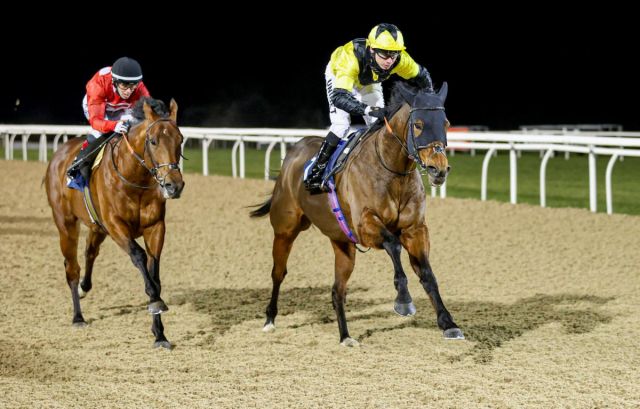