Dubai Warrior came into the race on the back of an impressive victory over the course and distance in the Listed Betway Quebec Stakes in December, his fourth victory from five starts on the All-Weather, while Bangkok had set a course record in the Listed Betway Winter Derby Trial on February 1.

Dubai Warrior, a four-year-old son of Dansili, set solid fractions from the outset and held a clear lead down the back straight.

Dubai Warrior was asked to lengthen approaching the home turn and responded generously to Dettori's urgings, opening up a five-length advantage on the chasing pair.

Bangkok and Court House had no response in the straight, only reducing the deficit in the final 100 yards.

The winning margin was just under three lengths from Court House, with Bangkok half a length further back in third.

Today's race is a Fast-Track Qualifier and Dubai Warrior is now guaranteed a run in the £200,000 Betway Easter Classic over the course and distance on Finals Day, Good Friday, April 10.

Gosden, who also enjoyed a one two in last year's Betway Winter Derby with Wissahickon and Court House, said:

"Dubai Warrior ran a lovely race. "I said to Frankie that if he breaks well, just let him use his big stride as there is no point getting caught in a slowly run race around here and then trying to dash. "I think Dubai Warrior showed a lot of class there, although I don't think the favourite had the run of the race. He was a touch keener than Silvestre would have wanted. "Court House, as usual, has run a great race to be second. He enjoys it around here and some day one of these races will fall his way. "Dubai Warrior will head for the Easter Classic next. The plan was always the Quebec, then try to win this before going on to Good Friday. It is a wonderful programme here and I am a supporter of it. "Dubai Warrior is a horse who will not want soft or loose ground on turf.

He likes to put his foot down and know where it is.

He is by Dansili and that is often a trait of them.

He likes this surface and Good to Firm ground.

"He is a different type of horse to Wissahickon, who is racing in America now.

Wissahickon had a great burst whereas this boy can gallop them into the ground if he wants to, although if there is a good pace, as there was in December, he can sit off them."

Dettori, riding in Britain for the first time this year, said:

"I tried not to burn too much petrol in the beginning. I was looking for Silvestre, but I could feel some daylight and I knew Dubai Warrior would finish the race very strongly. "He has got such a big frame that he just taken time to get everything together. He is getting better and I would suspect he will come here for the big race on Good Friday. "He really likes the surface. I rode him on soft ground in France [finished seventh] and he did not like it at all." 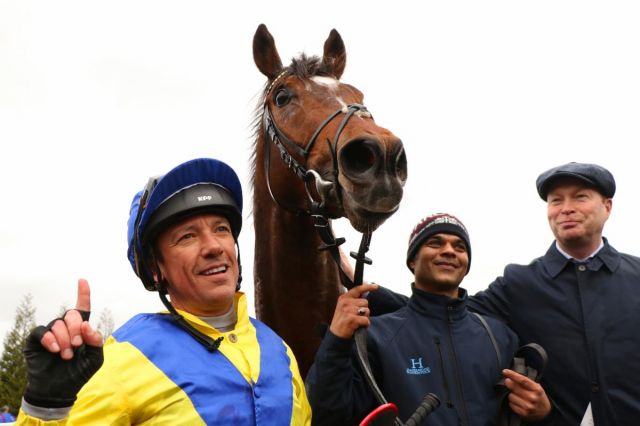 The four-year-old was briefly tapped for toe approaching the home turn but, once switched out wide in the straight, she motored home to deny the 2017 winner Royal Birth (Stuart Williams/Richard Kingscote) by a neck.

Hareem Queen has now won four of her last five starts on the All-Weather, with her other successes coming on the Fibresand at Southwell.

PJ McDonald said of the 5/2 favourite:

"Hareem Queen was good. She jumped, got a good pitch, but they just got me on my head coming down the hill, so I had to sit and sit. "I was lucky enough that I had space to come wide. You could see her guts once I got her levelled out, as she galloped to the line lovely. "It was as good a performance getting her here as it was finding this race for her.

Fair play to everyone at home.

"She is a Listed winner now and if she never wins another race again, it does not matter, but I am sure she is capable of picking up another one or two." 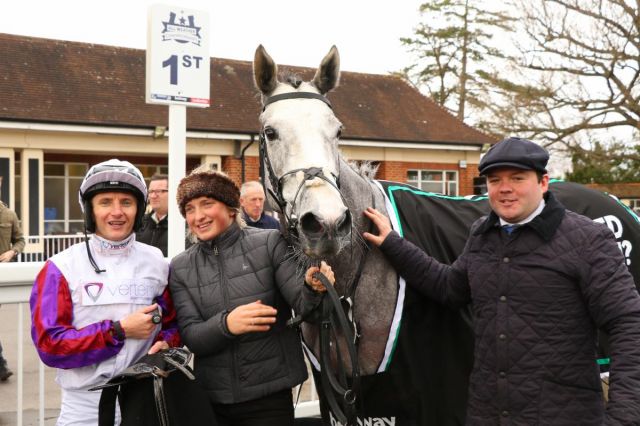