The hugely popular sprinter blitzed the opposition in the Betway All-Weather Sprint Championships having set course records earlier in the season at Wolverhampton and Lingfield Park.

Bakersboy, a son of Oasis Dream, is something of an unknown quantity.

After finishing third on his first two starts over seven furlongs, he was a close fifth behind Victory Heights (James Tate/Luke Morris) in a Wolverhampton Fast-Track Qualifier in December despite encountering trouble in running.

Lowe said: “Bakersboy has only had three runs and Wolverhampton was his first start over six furlongs.

“Richard [Kingscote] never touched him at Wolverhampton. He just gave him an education really and the horse was still able to get close to four of his rivals tomorrow without going for everything.

“He had run over seven furlongs twice before that, so dropping back to six against good horses would have been a learning curve.

“Rossa rides him tomorrow and the instructions will be to get him out and into a good position. “I can see him running a good race if he handles the track.”

The five-year-old won a six-furlong handicap at Lingfield Park in January before going down by a neck in the Listed Betway Kachy Stakes over the same course and distance in February on her penultimate start.

“He doesn’t feel she has been stopping in her races and, if you are going to get seven furlongs anywhere, it will be Lingfield.

“Indie Angel is the horse to beat, but I am confident of a big run from Fizzy Feet as I think she could get an easy lead.

“If she can steal a march on the field, hopefully they will find it difficult to peg her back.” 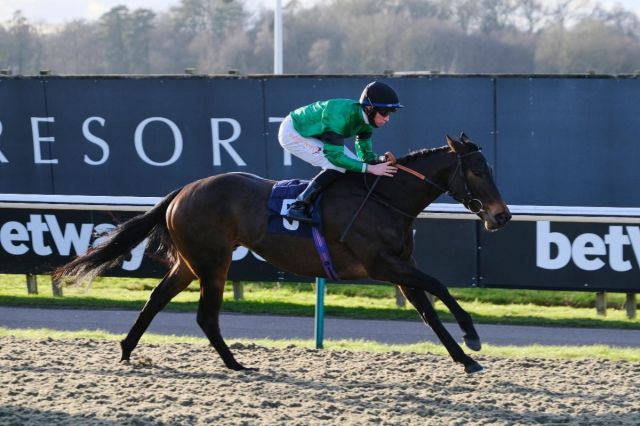 Lowe said: “I am looking forward to this now both Amber Island and Baby Steps have got in as it was looking unlikely at one stage!

“We have two cracking jockeys booked – Laura Pearson has done very well this season and Georgia Dobie won this race on Goring a couple of years ago.

“They are well drawn and I would be very hopeful that one of them can do the job.”

For details of the 24 Fast-Track Qualifiers, please click here: https://www.awchampionships.co.uk/take-part/fast-track-qualifier-dates/