The two-mile Polytrack contest is a Fast-Track Qualifier and the winner receives a complimentary starting berth in the £150,000 Betway All-Weather Marathon Championship at Lingfield Park on Finals Day, Good Friday, April 10.

King's Advice (Mark Johnston/Joe Fanning) made rapid strides in 2019, winning eight times between March and August whilst elevating his handicap mark from 71 to a high of 112 (currently rated 110).

The pick of those victories came in valuable staying handicaps at Newmarket's July Festival and Glorious Goodwood. King's Advice, a son of Frankel out of G1 scorer Queen's Logic, finished third on his 2020 return in a two-mile conditions race won by his stablemate Mildenberger at Lingfield Park on January 31.

"King's Advice has been pleasing us since Lingfield. "We knew he would need the run on his comeback and we were happy with the way he ran behind Mildenberger. "We are expecting plenty of improvement from that run, but, at the same time, his main target remains the staying handicap in Saudi Arabia in two weeks' time." 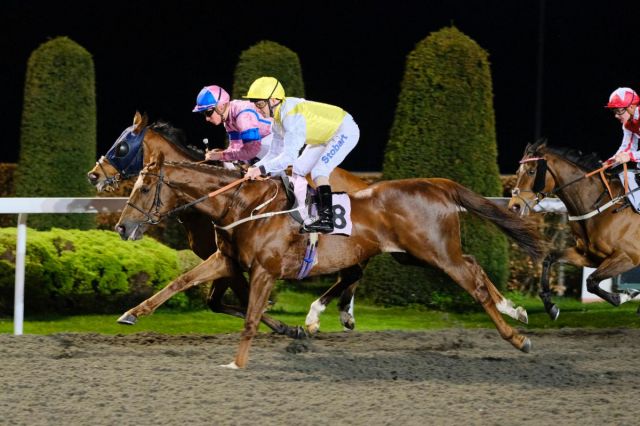 Rainbow Dreamer (Alan King/Oisin Murphy) is already guaranteed a run on Finals Day after capturing the most recent marathon Fast-Track Qualifier at Wolverhampton on January 13, his fourth win from as many starts on the All-Weather.

Cross-Channel raider Chipiron (Andrea Marcialis/Pierre Charles-Boudot) is also on a roll on the All-Weather, having captured a conditions race at Chantilly in December and a handicap at Deauville on January 3.

The four-year-old is a dual winner on turf over a mile and seven furlongs.

Trainer Andrea Marcialis, who has stables in Chantilly and Milan, said today:

"I think Chipiron is a very nice horse on the All-Weather and we come to England because there are not many options for him. "Maybe his rating of 97 does not compare that well to Mark Johnston's horse, but I think Chipiron is improving. "He won very easily last time at Deauville, even though the winning distance was only half a length. He is a difficult horse in that he does not usually win by far when he gets to the lead. "The race in Kempton should hopefully suit because he will be able to follow the favourites."

Formerly trained by Aidan O'Brien, he has yet to win in four starts for current connections, although did show promise when second in a 12-furlong handicap at Lingfield Park on his penultimate start.

Kempton Park's six-race programme, which is subject to a 9am inspection on Sunday, starts at 2.15pm and ends at 5pm.