The 10-furlong Polytrack contest, one of the highlights of the All-Weather Championships, is a Fast-Track Qualifier for the £200,000 Betway Easter Classic over the course and distance on Finals Day, Good Friday, April 10. Bangkok (Andrew Balding) is the 2/1 favourite with Betway following a dominant success on his All-Weather debut in the Listed Betway Winter Derby Trial on February 1, when he defeated last year's Betway Winter Derby runner-up Court House by four and a half lengths. 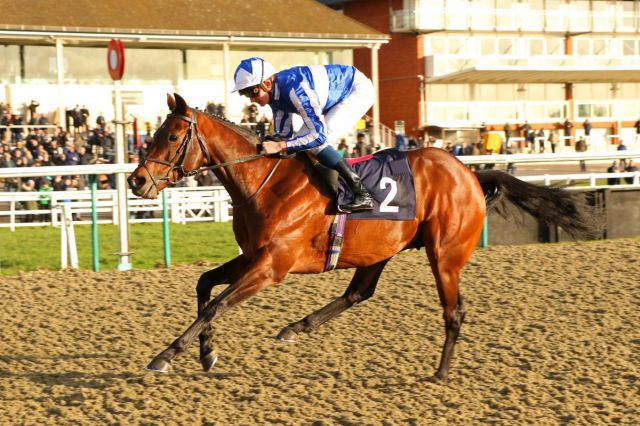 The five-year-old gained her biggest victory to date in the G3 La Coupe at Maisons-Laffitte in September and was last seen out when fifth in the G2 Prix Dollar at Longchamp on October 5, both over 10 furlongs.

Devin said: "Villa Rosa is is going to do a piece of work on Tuesday [February 11] and then we will make a decision about whether or not she goes for the Betway Winter Derby. "She is coming along nicely, but with a filly coming out of the winter, ideally you would like to see her flourish a bit. "There is a chance the Winter Derby might come a bit too soon, but I have been happy with her work up to now. "She is a good filly and won a G3 at Maisons-Laffitte.

She just didn't handle the very soft ground in the Prix Dollar on Arc weekend, although she was not beaten far."

There could be Irish-trained representation courtesy of Numerian (Joseph O'Brien).

The four-year-old progressed steadily in 2019 and ended the campaign with a head second in G3 Diamond Stakes on Polytrack at Dundalk in September.

There are two ways for horses to qualify for one of the finals on All-Weather Championships Finals Day at  Lingfield Park:

* A horse can win a 'Fast Track Qualifier' race which will ensure a FREE and GUARANTEED place in the corresponding final on Good Friday.