AMERICAN CHALLENGERS IN GREAT SHAPE AHEAD OF ROYAL ASCOT

AMERICAN CHALLENGERS IN GREAT SHAPE AHEAD OF ROYAL ASCOT

All 11 American raiders have arrived in Newmarket ahead of their engagements at Royal Ascot next week, with Extravagant Kid and Maven eyeing G1 spoils in the King’s Stand Stakes (16 confirmations) on the opening day, Tuesday 15th June.

The duo remain on course for a showdown with Europe’s leading five-furlong sprinter Battaash (Charlie Hills), an easy winner of this race 12 months ago after agonising defeats at the hands of Blue Point in 2018 and 2019.

Extravagant Kid (Brendan Walsh) touched down in England yesterday having not been seen out since registering a first G1 success under Ryan Moore in the Al Quoz Sprint at Meydan, UAE, on 27th March.

“Extravagant Kid is doing great. I flew out to Dubai to saddle him, and he looks the same now as he did then. He is eight years of age now, so he is a great traveller. I think the key to shipping a horse is that you have to keep them eating and drinking – and he has done all that.

“We opted for the King’s Stand Stakes because Ryan [Moore] felt the strong uphill finish over five furlongs would really suit him. It probably plays like a six-furlong race anyway, but if it turns out we have got it wrong, we will blame Ryan!

“Obviously, we are all waiting to see whether Battaash makes it, but I think the King’s Stand looks a pretty open race. I think it would suit us if Battaash turns up as he has one way of going and our horse definitely needs something to aim at.

“Extravagant Kid is a quirky old horse and wasn’t really finishing off his races until recently. He ran a super race at the Breeders’ Cup to finish fourth from the widest draw, when he was never able to save any ground. If you look at Trakus, he ran something like 28 feet further than Glass Slippers and was beaten just over a length.

“His owner David Ross claimed him out of a race at Gulfstream three and a half years ago. In America, you put your claim slip in before the race is run, so you don’t really know how things are going to work out.

The horse was 20/1 that day and it has turned out to be a very astute claim.

Mr Ross is over here now, quarantining in London, and is really looking forward to having his first Royal Ascot runner." 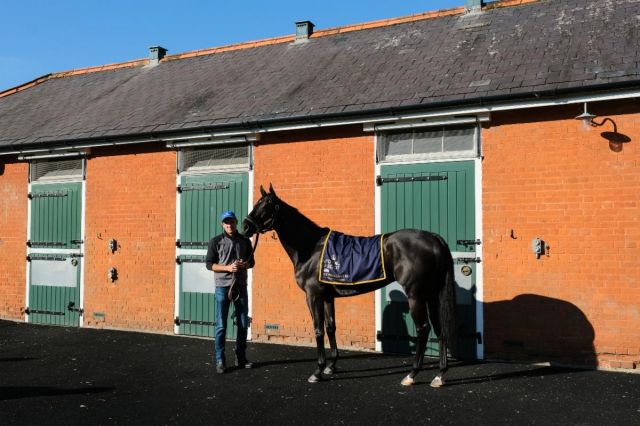 Maven is one of nine intended runners at the meeting for pioneering US-based trainer Wesley Ward, who has sent out 11 of North America’s 12 Royal Ascot winners. Ward’s first success came courtesy of Strike The Tiger in the 2009 Windsor Castle Stakes.

Ward said: “The horses have settled in really well and I feel I have a strong squad.

They have all proven worthy of bringing over, thanks to the performances back home, and now it is just a question of whether they are good enough.

They are certainly going to bring their A-game to the table, although whether that is up to the level of their competition, we are going to find out.

“When Maven ran in an allowance race at Keeneland in April, we felt he was a bit short fitness-wise.

On the day he bounced out in front and when they came to him, I thought he was going to surrender, but he just took off again.

I was delighted and then once I saw the numbers, it inspired me to put him on the team for Royal Ascot.

He will have to move forward from that again to be in the mix for the King’s Stand Stakes, but I think he is entitled to do so.”

The King’s Stand Stakes is one of three G1 prizes on the opening day of Royal Ascot alongside the Queen Anne Stakes for older milers and the St James’s Palace Stakes for three-year-old colts.

Those in opposition are set to include G1 Breeders’ Cup Mile victor Order Of Australia (Aidan O’Brien).

Ward’s team for the opening day of Royal Ascot also includes imposing filly Kaufymaker, who will line up against the colts in the G2 Coventry Stakes (29 entries) over six furlongs.

Gregory Kaufman’s homebred scored by a wide margin on debut in a dirt maiden at Keeneland in April.

“I am really excited by Kaufymaker in the Coventry Stakes. She is bred by a wonderful owner of mine and was raised on my farm in Florida. She is similar to Strike The Tiger in that respect.

“She won on the dirt at Keeneland and then when we worked her on the grass, she took to it like a duck to water. Of all the workers I have had on the grass coming into the meeting, she has risen to the top. That is why I am giving her the biggest assignment. The Coventry Stakes is a race I have been dying to have a real big chance in and I think she is going to give me it. She is the best I have and that is why I am putting her in here.

“She has a big, long stride and I think it is a bit of an advantage at this time of the year to have a filly against the colts. If you look at all the times of the races over the years, especially in the States, the fillies are always faster. The same applies to the breeze-ups for the most part. It is like boys and girls in school – for whatever reason girls mature that little bit faster.” 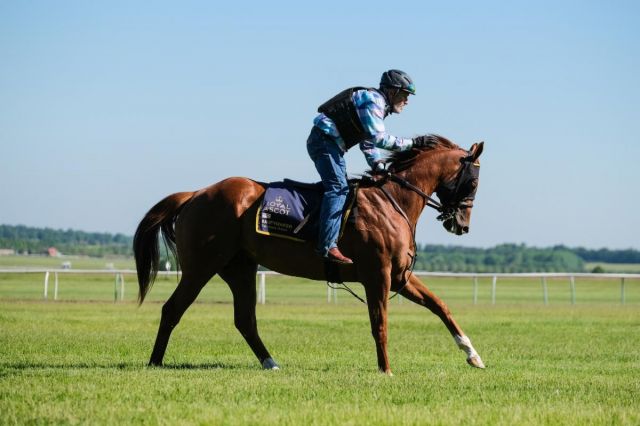 Ward said: “The goal for Campanelle since the Breeders’ Cup has always been the Commonwealth Cup. We sent her down to Barbara Banke’s farm in Ocala and she was prepared well by Ian Brennan. She was sent back to me and did some eye-opening breezes down in Florida.

“We then moved her back to Keeneland where she looked like she was going to be something but the day before her prep race she must have bruised her heel on a rock. We gave her a little time to get those heels back in order and every work she has done since has shown that she belongs in this race. Frankie worked her last Sunday and was all smiles when he got off her.

“Everything about this race looks real suitable for her. We know she likes the track and the distance, and even if the bit of rain materialises towards the end of next week, which I saw on the forecast this morning, she won’t mind it.

“In regard to Twilight Gleaming and Ruthin, sometimes you have to readjust because of what you see from them in their workouts once they’re over here. With both horses being owned by Barbara Banke of Stonestreet stables, you have to go with what you see. To me, Twilight Gleaming might be a shade better, which is why she is going for the Queen Mary Stakes and Ruthin will slot in for the Windsor Castle Stakes alongside Napa Spirit. We are going to use a figure 8 bridle and tongue tie on Ruthin, to help her get some more air, and I think that could make a big difference to her.

“At home, we have been working Lucci and Nakatomi together. Nakatomi was coming out on top, but then they had a workout in Newmarket on the Limekilns and Lucci turned the tables. He just bounced straight through to the front and would not give up the lead. They will both go for the Norfolk Stakes.

“Golden Bell goes for the Albany Stakes. She is actually one I would not mind a bit of dig in the ground for, which is not something you would usually here me say. The night before she worked at Keeneland, we had quite heavy rain, and she just flew through the ground. With her and Campanelle, I might have to do a little rain dance the night before!”

The remaining American contender is Artos, who will be a first Royal Ascot runner for trainer Rusty Arnold in the G2 Queen Mary Stakes.