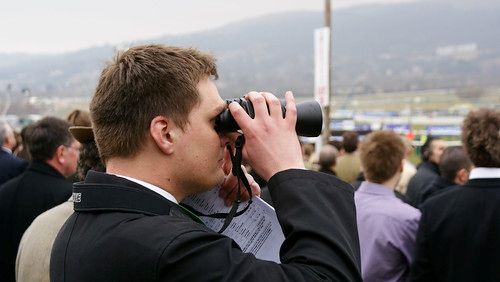 Friday is a special day at the Cheltenham Festival as it features the Blue Riband event of jump-racing, the Cheltenham Gold Cup. Every year, the best National Hunt chasers aged 5 or over compete for the chance to go down in history alongside the likes of Arkle, Best Mate, Golden Miller, Kauto Star, Denman, and Mill House.

This year could be another historic one as 2020 winner Al Boum Photo looks to become the first horse since Best Mate in 2004 to complete a Gold Cup hat-trick. He is likely to start as the favourite again despite some fierce competition in the field; but who is the most likely challenger to his crown?

The first horse to win back-to-back Gold Cups since Best Mate in 2004!

If you fancy picking a winner yourself, there are plenty of tools out there to help you with horse racing betting predictions; including an artificial intelligence algorithm and free or paid form-crunching websites. If not, you can trawl through the tipster pages and draw up a shortlist. With that in mind, here’s our lowdown on this year’s big race.

The betting activity has rocketed since the bookies announced non-runner no-bet offers were on offer, and Cheltenham now dominates the horse racing news pages. Early indications suggest that punters are favouring the Nicky Henderson-trained Champ, who has the honour of being named after 20-time Champion Jockey AP McCoy.

Champ is currently second-favourite behind Al Boum Photo, with prices as high a 5/1 available at the time of writing. Champ is only slightly ahead of A Plus Tard who is also expected to mount a strong challenge. However, both horses will be jumping over the distance for the first time in one of the sport’s most challenging steeplechases, with its notorious uphill finish. Champ’s only experience over three miles came when winning the RSA Novices Chase at last year’s festival, but he hasn’t shown much since. Meanwhile, A Plus Tard showcased his stamina when beating Kemboy by half a length in the Savills Chase at Leopardstown back in December, and looks capable of going the extra yards.

Minella Indo is an interesting prospect and is probably priced too long after a couple of blips at Leopardstown. Prior to that, this looked like a horse that was really going places, and many believe that still to be the case. The eight-year-old has won or finished second in five of his seven chases and could fire Rachel Blackmore into the record books as the first woman to ride a Gold Cup winner.

To summarise, there's a chance Al Boum Photo could be dethroned this year with A Plus Tard and Minella Indo battling it out for the crown. And, with big double figures odds available early on, there's a lot of potential value in Minella Indo.